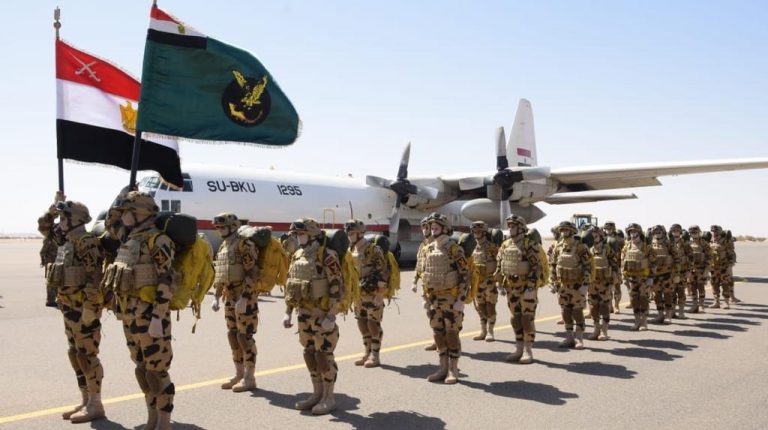 The Egyptian and Sudanese Air Forces are carrying out a number of intensive training activities, on Wednesday, as part of the joint Nile Eagles – 2 training, according to a military spokesperson statement.

The early stages of the training began with indoctrination procedures to unify concepts and refine skills to efficiently manage joint air operations.

It also included implementing many joint sorties the participation of a group of multi-role fighters, to attack targets and protect vital targets.

The Nile Eagles – 2 training is currently taking place at Sudan’s Merowe airbase, with the participation of elements from the air forces and Thunderbolt forces from both countries.

Moreover, the Thunderbolt forces on both sides continued training on storming, concealment, and camouflage operations. These would be used to carry out special operations, using different shooting positions.

The training is a means of measuring the readiness of the air forces of both countries in carrying out joint operations according to various objectives. It aims to achieve the maximum possible benefit for those involved in its planning and implementation, as well as raise the efficiency of managing air operations.

In early March, Mohamed Farid, Chief-of-Staff of the Egyptian Armed Forces, and his Sudanese counterpart Muhammad Othman Al-Hussein inked the military accord in the Sudanese capital, Khartoum.

Farid said that both countries face common challenges and threats to their national security.