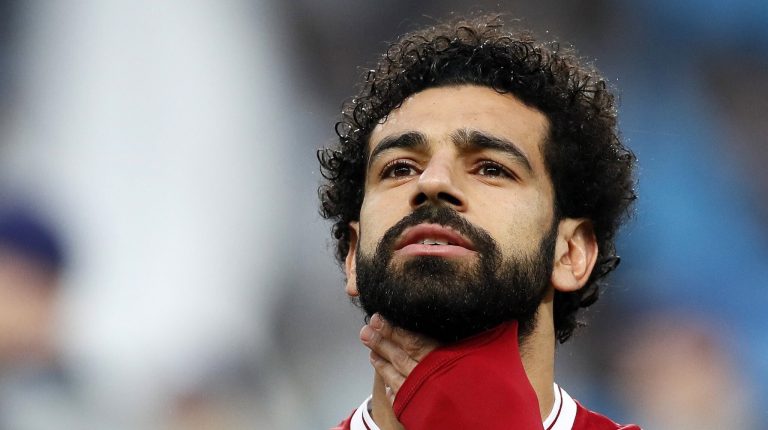 Egypt and Liverpool star Mohamed Salah has told Spanish newspaper, Marca, that he will not retire from football before leading the national team to win a championship.

The Egyptian star also expressed his happiness at achieving a new record with the Egypt national team. Salah became the second top goal scorer for the Egyptian national team, after he scored two goals in the team’s victory over the Comoros in the Africa Cup of Nations (AFCON) qualifiers, on Monday. The match was the conclusion of the qualifiers for the 2021 AFCON which will be held in Cameroon in January-February 2022.

Salah scored his 43rd goal for the Pharaohs, following behind Hossam Hassan, who has 69 goals.

In the interview, he talked about Liverpool’s preparations for their game against Real Madrid in the UEFA Champions League quarter-finals, and his confrontation with Sergio Ramos, his relationship with Liverpool coach Jurgen Klopp, as well as with current Real Madrid coach Zinedine Zidane.

He additionally talked on the possibility of playing in Spain’s La Liga, as well as his position on participating in the Tokyo Olympics with the Egyptian Olympic team.

Salah revealed his most prominent goals in his career, stressing that his goal against the Congo national team, which led Egypt to the World Cup in Russia, in addition to his goal with Liverpool in the European Champions League final, are the best in his career.

Salah said that he no longer thinks about the previous UEFA Champions League final against Real Madrid, expressing his admiration for Zidane, who has been his role model.

Regarding his departure from Liverpool, Salah revealed that the matter does not depend on him only. He seeks to continue playing football for many years, and may play in Spain, although any move away from the English Premier League has yet to be confirmed.