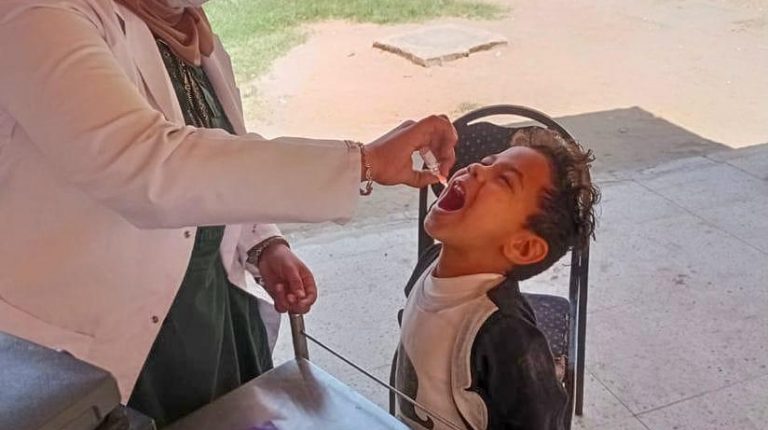 Egypt’s Minister of Health and Population Hala Zayed announced, on Thursday, that the second national vaccination campaign against polio will be extended until 2 April.

The campaign, which is taking placing through health units and medical centres nationwide, began on 28 March, and had been due to end on Wednesday.

In a statement, the Ministry of Health and Population said that extending the vaccination campaign was driven by the ministry’s keenness to vaccinate all targeted children who did not receive vaccinations during the original campaign period.

So far, just over 16.54 million children, including 20,404 non-Egyptians residing in the country, have been vaccinated, with a coverage rate of 99% since the launch of the second campaign.

The last recorded case of polio in Egypt was recorded in 2004, according to Alaa Eid, Head of the Preventive Medicine Sector. He added that the ministry is conducting annual vaccination campaigns to ensure raising the immunity of children.