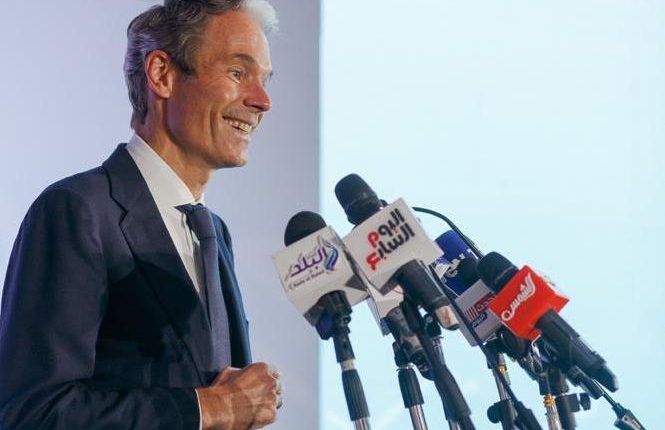 The platform has been set up in collaboration with the Dorna initiative’s ” Reverse Credit System “, designed and implemented by CID Consulting, with investments of EGP 10m. It aims to collect and recycle the equivalent of 8 million kg of the country’s plastic production in 2021 as a first step.

The “Recycle for Tomorrow” platform was launched in a press conference organised by PepsiCo, and attended by: Yasmine Fouad, Minister of Environment; Nevine Gamea, Minister of Industry and Foreign Trade; Mohamed El- Sewedy, Chairperson of the Federation of Egyptian Industries (FEI); Johnathan Cohen, US Ambassador to Egypt; Mohamed Shelbaya, CEO of PepsiCo Egypt; Eugene Willemsen, CEO of PepsiCo for Africa, the Middle East, and South Asia; Dr Laila Iskandar, Founder and CEO of CID Consulting and Former Minister of Urban Renewal and Informal Settlements; and the Actress and Influencer Tara Emad, Ambassador of the “Recycle for Tomorrow” platform.

The platform includes several projects that help in collecting the largest number of plastic and facilitating the process of waste documentation between waste collectors, intermediators, and PET processors. It covers several areas in the Egyptian capital, including Manshiyat Nasser, 15th of May, and Izbat Al Nakhl, through the Reverse Credit System project, which is considered a breakthrough in the plastic waste management industry.

Willemsen said, “Egypt is a dynamic and promising market in the region that we’ve been investing in for more than 70 years, and throughout those years, PepsiCo was able to become a part of the Egyptian fabric with a consumer base that reaches more than 100 million.”

Iskandar said, “Many synergies exist between PepsiCo’s reverse credit system for the recovery and recycling of plastic packaging and the new waste management law 202 of 2020.”

She added, “The system drives the collection, recovery, and recycling of plastic beyond current levels.”

She also added that the Reverse Credit System covers the cost of collecting, transporting, and sorting of the packaging materials PepsiCo uses. Tracking, documentation, and authentication of quantities recovered by the informal sector allows them to be paid for the work they do. This improves their incomes, livelihoods and living standards.

Women are empowered to keep their earnings from their sorting and recycling work, which they can spend on improved nutrition for their children, health, and education.