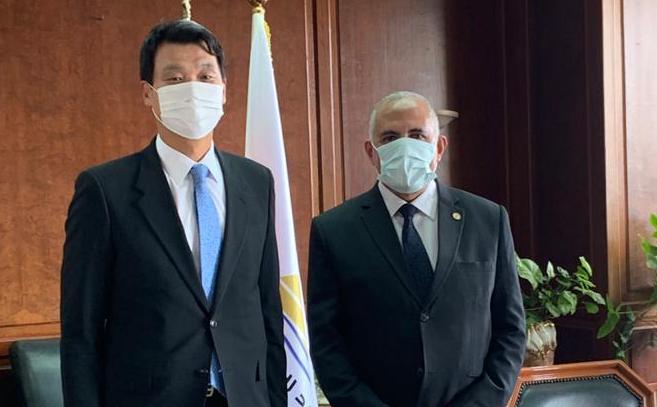 This cooperation particularly focuses on involving Korean companies, with the two sides sharing ideas to promote cooperation in line with the Egyptian government’s endeavour to enhance water management.

Ambassador Hong pointed that the Egyptian government’s large scale infrastructure development aimed at improving the welfare of its citizens is very timely, while emphasising that the Korean side is ready to cooperate.

In particular, the Ambassador proposed working-level consultations between the Korean Embassy and the Ministry to explore bilateral cooperation.

He mentioned that the South Korean government could provide a soft loan, and that globally recognised companies in this field are willing to participate in Egyptian water projects.

Abdel Aaty recognised the well known reputation of Korean companies and the high-quality technology in the country. He expressed his intention to discuss details for possible cooperation in the water management sector.