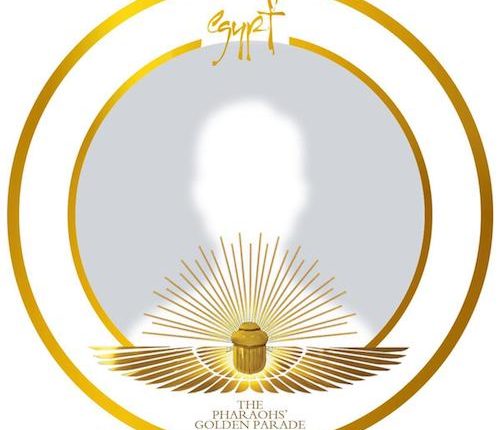 It has prepared the Facebook frame to promote the legendary event, which can be add to a user’s Facebook profile by simply tapping the profile picture, and then tapping ‘Add Frame’. The frame can be found by searching for the Egypt Pharaohs’ Golden Parade.

A large number of Facebook users circulated the promotional framework intensively, referring to the importance of the event.

The parade is set to be a very useful promotional tool for Egyptian tourism, and gives a message to Western countries, particularly in Eastern Europe, that Egypt is committed to healthy controls.

It also highlights that, despite the circumstances of the novel coronavirus (COVID-19) pandemic, historical sites are open, and events and archaeological discoveries are taking place at the highest level.

Egypt’s Ministry of Tourism and Antiquities also launched a promotional film with the participation of some local artists. Together, they will shed more light on the history of the  Egyptian Museum in Tahrir Square and the National Museum of Egyptian Civilization in Fustat, and their most important unique archaeological holdings.

The latter museum will become the new home of the royal mummies which have until now been residing in the Egyptian Museum in Tahrir Square. The mummies will be received at the former following a highly anticipated parade along the River Nile.

Established in 2004 as a creative agency by entrepreneur Ali Shaaban, Icon Creations started off by providing a wide range of advertising services to local and regional companies. With the dawn of Web 2.0 and the growing mass adoption of the Internet into everyday life, the company steadily evolved to encompass digital services until it became a full-fledged digital agency.