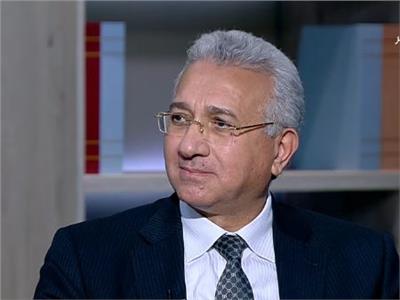 The current round of negotiations on the massive, and controversial, Ethiopian dam, will reveal Ethiopia’s stance and credibility, according to Mohamed Hegazy, Egypt’s former Assistant Minister of Foreign Affairs.

The negotiations started in the Democratic Republic of the Congo’s (DRC) capital, Kinshasa, on Sunday.

In exclusive statements to Daily News Egypt, Hegazy confirmed that the red lines set by Egypt’s President Abdel Fattah Al-Sisi are to deal with the issue of access to River Nile water.

This is with the aim of preserving regional and international peace and security, and alerting the international community to the dangers of the current scene.

Hegazy expressed his aspiration that the Ethiopian representative negotiator would work to avoid the negatives that have marred his previous negotiating positions. In place, he has now become more aware of the dangers of the regional scene.

Hegazy highlighted the need to give the negotiations their space and create the appropriate atmosphere for them.

This would occur in accordance with President Al-Sisi’s indication that negotiation is Egypt’s real battle, before evaluating the situation.

He stressed the dangers of what could lead to Ethiopia’s disregard for the realities of geography, history, and the principles of international law governing the management of international rivers.

Hegazy said that there is no room for imposing wills, and for one party to pursue reconciliation at the expense of another.

He warned against hardening Ethiopian positions at this critical time of negotiation, so that the security of the region and international peace and security are not compromised.

This calls for the international community and its institutions, especially the United Nations (UN) Security Council, to assume their responsibilities, he said.