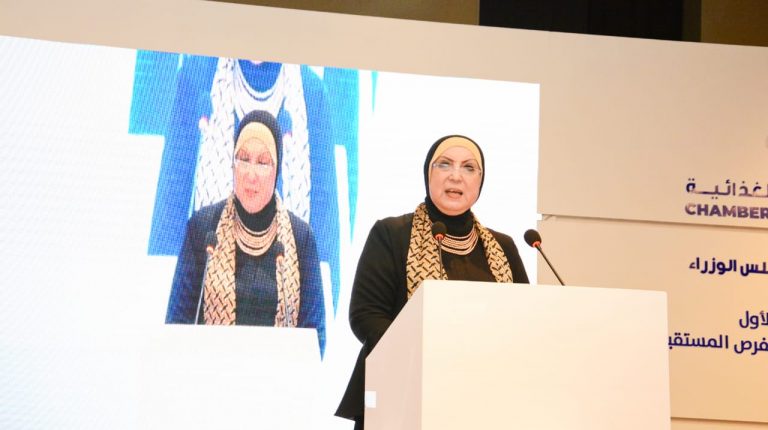 Egypt’s Minister of Trade and Industry Nevine Gamea has revealed that the country’s food industries sector provides 24.5% to GDP, making it one of the most important productive sectors in the national economy.

It provides the needs of the local market as well as ensuring exports to regional and global markets. The sector’s investments amount to about EGP 500bn, and, in addition to its GDP contributions, provides 23.2% of employment in Egypt.

Gamea added that the food industry is the second largest in Egypt in terms of value added, and the largest in terms of industrial employment. It achieved an average growth rate of 20% during the five-year period from 2015 to 2020.

The value of food industries and agricultural crops exports in 2020 amounted to about $5.720bn, which accounts for 22% of Egypt’s total exports.

The data came as part of the minister’s speech, delivered on behalf of Prime Minister Mostafa Madbouly, during the activities of the first annual forum for food industries, organised by the Chamber of Food Industries (CFI).

Gamea said that the Ministry of Trade and Industry’s plan to reach $100bn in annual exports relies mainly on achieving a breakthrough in the export rates of food industries and agricultural crops.

The minister noted that her ministry is sparing no effort in countering the challenges that the food industries sector deals with, in coordination with the relevant ministries and authorities in Egypt.

She highlighted the important role the food industry sector plays in achieving food security for Egyptians and increasing exports to global markets.

Gamea said that the Egyptian Government’s ambitious economic reform programme, launched at the end of 2015, is moving at a steady pace towards achieving its goals.

The programme includes legislative, financial, as well as infrastructure reforms. It has been implemented in a way that creates an ideal environment for the growth of industry, which is the locomotive of economic development.

She added that the state launched the Egypt Vision 2030 strategy, which was based on five basic aspects of industry.

They include: industrial development; export development; encouragement of small and micro industries; improving the vocational and technical training system; and raising the efficiency of institutions and Egypt’s quality system.

Gamea noted that the Ministry of Trade and Industry has made great efforts in this regard, including preparing the first integrated investment map for the industrial sector in Egypt.

It provides more than 4,800 investment opportunities, including the main foundations for linking local supply chains to existing industries by identifying the complementary industries required.

The aim is to deepen the industrial sectors in a way that contributes to bridging market gaps, stabilising imports, and increasing the value added of local products.

Gamea said that her ministry has also participated in the issue of a number of laws, including the Industrial Licensing Law and its executive regulations. This would simplify the procedures of obtaining licences for new industrial projects in nearly 80% of industrial sectors.

The Ministry of Trade and Industry has also taken part in amending the executive regulations of the law on importers’ registry.

Gamea pointed out that the ministry is looking to complete the new programme for reimbursement of export burdens after its discussion with all the exporting sectors in Egypt. It also presented this programme to the Board of Directors at the Export Development Fund. It will now be submitted to the Prime Minister for approval to help increase Egyptian exports to foreign markets.