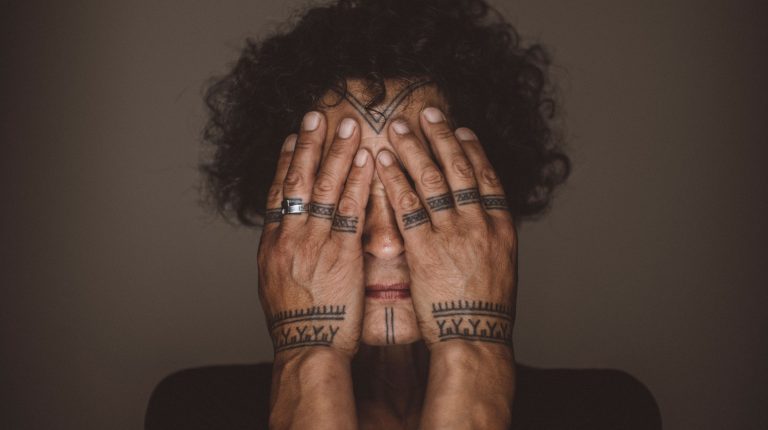 The Copenhagen International Documentary Festival (CPH:DOX) has unveiled the full festival programme for its 2021 event, with a total of 180 international documentaries set to take part.

The digital programme also consists of 40 live debates that can be experienced throughout the festival, a five-day media conference, an interactive art programme, talks with more than 80 filmmakers, and much more. Everything is available online until 5 May.

“Despite the obvious difficulties due to the novel coronavirus (COVID-19) pandemic, we have been looking immensely forward to presenting our full festival programme this year,” said Tine Fischer, the festival’s CEO, “The line-up includes films focusing on new platform economies, the dominance of tech giants, new democratic movements, decolonization and climate change.”

The digital festival will be available on the CPH:DOX digital platform from 21 April to 5 May, with a selection of films to be screened at film theatres in Copenhagen from 6-12 May.

Fischer added that the film programme will officially kick off on 21 April, followed by an abundance of digital live events. These include talks, debates, Q&As, panel discussions, and interactive formats that will give audiences a chance to “meet and listen to great artists, as well as innovative scientists, politicians, and opinion makers”.

It will also allow for audiences to hear a number of important marginalised voices that normally would not get a chance to be heard.

The COVID-19 crisis is not only making its mark on the festival’s digital format, but has also inspired the overall theme of this year’s programme.

No less than 47 world premieres, nine international premieres and six European premieres are part of the festival’s five official competition categories, creating a unique insight into the reality that humans share.

Among the films world premiering at this year’s competition programme, viewers will find highly controversial titles such as When A City Rises (nominated for the F:act Award) about the protests in Hong Kong seen from the inside.

There is also and Gorki Glaser-Müller’s Children of the Enemy (nominated for the Dox:Award) that tells the touching and highly topical story about seven Swedish children caught in the Syrian refugee camp Al Hol with their IS supporting mother. In the meantime, Europe keeps discussing whether to let the radicalised mothers and their children return.

Regarding the pandemic, Fischer said, “The COVID-19 pandemic has forced the world into a crisis of historical proportions, but it has also made it clear that we, as a society, can make a huge difference when needed.”

“This year, we are presenting a special programme entitled ‘RESET!’, that focuses on a number of the most significant structural crises the world is facing today, but also on opportunities that arise and new solutions that present themselves,” she added.

The theme ‘RESET!’ characterises not only the film programme, but also the festival’s international conference, CPH:CONFERENCE, presenting a five-day digital programme entitled ‘RESET 2021’.

This will rethink the role of the film and media industry, and find new solutions to some of the largest global challenges the world faces today. With the themes democracy, economy, representation, and climate, the festival aims to invite the audience – both the generally interested and the professional and international film and media industry – to participate in a discussion on the role of the arts in a world post-COVID-19.

In addition, 10 Danish films are nominated to the critics award POLITIKEN DANISH:DOX AWARD, a collaboration between CPH:DOX and the Danish newspaper Politiken.

Besides the competition programme audiences can also experience an ambitious Science programme with 10 international documentaries and live talks, featuring some of the most skilled researchers, zooming in on new technology and science.

Danish director Pernille Grønkjær is one of the filmmakers featured in the Science programme, with her new documentary ‘Solutions’. The work follows a number of researchers while they try to develop new solutions to everything from the threats against democracy to the climate crisis during a 10 day period.

And naturally, the festival also offers new films from a number of iconic directors: Werner Herzog, Gianfranco Rosi, Shelly Silver, Errol Morris, Ulrike Ottinger, Spike Lee and Sergei Losnitza all participate with films. This comes alongside legendary Muppet master Frank Oz (Yoda!) who is back with In & Of Itself, a decidedly magic documentary.

Guest stars: David Byrne, Slavoj Žižek, Seyran Ates, and Marina Abramovic
This year, the talk series ‘An Evening With’ will be digital. Audiences can experience live conversations with international artists, experts and activists, such as the legendary musician David Byrne, the iconic philosopher Slavoj Žižek, and the world famous performance artist Marina Abramovic.

All ‘An Evening With’ events are free and available throughout the festival at the CPH:DOX platform and live on Facebook.

CPH:DOX kicks off on 21 April with the screening of Phie Ambo’s 70/30, and from 22 April a wide selection of the films will be available on CPH:DOX’s streaming platform. Also available are interactive projects, live debates, talks, and more. The digital film premieres and events are scheduled from 21 April until 5 May.

Films on the CPH:DOX streaming platform will be geo-blocked to Denmark, but the 14 projects in the inter:active programme will all be available globally. Likewise, online talks and panels will be available everywhere, including the talks with Marina Abramovic, David Byrne, and Slavoj Žižek, which are featured in the ‘An Evening With’ programme.

From 6 May, CPH:DOX will be screening a selection of the films on big screens in Copenhagen, as the film theatres are expected to reopen. The special programme for cinema screenings will be unveiled later this month.

Currently, Danish film theatres are expected to open for audiences on 6 May, according to the latest reopening plan from the Danish government which was presented on March 23 2021.

“In March 2020, CPH:DOX was the first documentary film festival in the world to go online. Now, we are ready to run a festival that has a bigger and more ambitious digital platform than ever before,” Fischer said, “And at the same time, we hope that our festival can also have a physical dimension with films on the big screen.”

She noted that the festival’s organisers are now extending the event until 12 May.

“We are really looking forward to meeting our audiences again, both in the digital space and in film theatres,” she added.

Strong personal expressions and cinematic quality are celebrated in the main competition, DOX:AWARD, for which 15 films from around the world have been selected.

Of these films, 14 are receiving their world premieres, and one is receiving its European premiere.

70/30 (Phie Ambo, Denmark, World Premiere) – This year’s opening film portrays the biggest challenge of our times through the creation of the Danish climate law and the young activists’ fight for a greener future.

A Man and a Camera (Guido Hendrikx, Netherlands, World Premiere) 0 The best way to see this film is not knowing anything about it beforehand.

Children of the Enemy (Gorki Glaser-Müller, Sweden, World Premiere) – One man’s lonely struggle to free his seven grandchildren from a prison camp in Syria, in an unforgettable film about an inflamed political dilemma.

Gabi, Between Ages 8 and 13 (Engeli Broberg, Sweden, World Premiere) – Five years in the life of a child in an outstanding film about not recognising yourself in either of the two genders the world offers you – with a singular Gabi centre-stage.

Life of Ivanna (Renato Borrayo Serrano, Russia/Norway/Estonia/Finland, World Premiere)- From the harsh, nomadic life on the tundra to an uncertain future with five children. Four years in the life of a strong and charismatic woman as vital, physical film art.

Our Memory Belongs to Us (Rami Farah & Signe Byrge Sørensen, Syria/Denmark/France/ Palestine, World Premiere) – On the 10th anniversary of the Syrian uprising, three exiled journalists reunite to watch footage from the beginning of the revolution.

The Last Shelter (Ousmane Samassekou, Mali/France/South Africa, World Premiere) – On the edge of the desert lies the House of Migrants, where a Malian filmmaker meets the travellers in a sensual film about the melancholy of exile.

The Mushroom Speaks (Marion Neumann, Switzerland, World Premiere) – Ecological science fiction and natural philosophy in a beautiful and generous film about mushrooms, and about what we can learn if we listen to nature.

In the Same Breath (Nanfu Wang, US, World Premiere) – A clear-sighted and critical Chinese film about the COVID pandemic as a political tragedy on a global scale, but with the courage to see the future in the eyes.

Lost Boys (Sadri Cetinkaya and Joonas Neuvonen, Finland, World Premiere) – A journey to the end of the night through Thailand and Cambodia, in a fierce film that goes from a drug addict’s video diary to a pitch-black murder mystery.

President (Camilla Nielsson, Denmark/US/Norway/Zimbabwe, European Premiere) – An epic and captivating film about power games and the dream of freedom in Zimbabwe, in the weeks around the country’s first elections after the dictatorship.

The US vs. Reality Winner (Sonia Kennebeck, US, World premiere) – A 25-year old whistle-blower becomes enemy number one of the Trump administration, when she leaks a document showing Russian interference in the US elections.

White Cube (Renzo Martens, Netherlands/Belgium/DR Congo, World Premiere) – A provocative battle against colonialism in the world of both art and capital, as Congolese brothers take power.