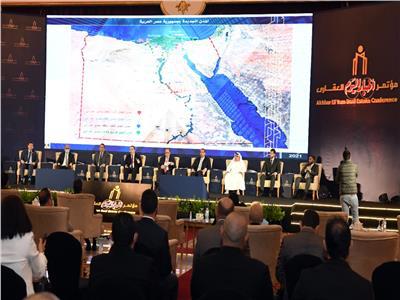 Egypt is looking studying the possibility of developing six new cities, which will be implemented in the next period, according to Waleed Abbas, Assistant Housing Minister for Community Affairs at the New Urban Communities Authority (NUCA).

The most notable of these challenges has been the unplanned urban sprawl and the escalation of residential densities in some urban and rural areas.

Abbas also said that state agencies aim to implement a strategy to provide a package of basic services provided to citizens, and improve their daily standards of living.

He noted that the government has succeeded in implementing that strategy through establishing and developing 61 cities. This includes the establishment of 37 new cities based on the latest technology, and the development of 24 old cities across Egypt

Abbas explained that the state has been working on New Alamein City since 2016, and more than 48 ministerial decisions have been issued to it to turn it into reality. The fourth generation city has been built on an area of 170,000 feddans, with the first phase of the project being implemented on ​​40,000 feddans

A total of 90% of the work on the city has been completed. The city includes residential, tourist, and entertainment areas, as well as social and scientific research areas.

Additionally, New Alamein City embraces a major heritage city and a 14 km tourist walkway, along with the establishment of the Alamein International University. The university, which includes the Arab Academy for Marine Sciences, has been completed and has already begun operations with a capacity of 25,000 students.

New Aswan City is one of the most important new cities in the 11 governorates of Upper Egypt and spans over 22,000 feddans, serving 185,000 people, Abbas disclosed.

He added that work is underway to establish an area for government agencies, social housing, a Nile garden, a river marina, a 6 km long recreational path, an area for villas, as well as a hospital and a university.

The government’s strategy on implementing new cities based on the latest technologies available has many huge benefits, most notable of which is the provision of job opportunities for citizens, he concluded.

Ahmed Sabbour, CEO of Al Ahly Sabbour Development, said that Egypt has succeeded in dazzling the world by achieving a major qualitative leap in urban development and increasing its urban area to 14%.

This is the largest urban project in Egypt, which includes the establishment of 37 new cities using the latest technology in the world.

Sabbour noted that Egypt’s financial sector is witnessing a great and unprecedented boom, by supporting the real estate sector. In 2019, EGP 50bn was allocated to support the country’s real estate sector, with an interest of up to 8%.

The current period requires maximum concerted efforts for Egypt’s presence on the global real estate investment map, considering that the country is one of the more economically and politically stable country, according to Sabbour.

Ahmed Shalaby, CEO of Tatweer Misr, added by saying that Egypt witnessed a historic and unprecedented event, on Saturday, in the Royal Mummies Parade across Cairo.

Shalaby said, “After the success of this parade, we proved to the world that Egypt is safe and able to organise international forums, and this is a good opportunity and message to confirm on stability and safety for foreign and Arab investors to invest in Egypt.”

He noted that the Egyptian real estate sector is one of the largest sectors in the country and represents a large part of its GDP.

This is in addition to the existence of great investment opportunities that always allow room for large companies, investors and other developers. Moreover, Egypt is among the three countries in the Middle East whose real estate sector has not been affected by the novel coronavirus (COVID-19) pandemic, but rather it has recorded growth.

In addition to unprecedented developments, there has been considerable demand on properties in the New Administrative Capital (NAC) and at Egypt’s fourth generation cities.

Shalaby pointed out that Egypt advanced about 14 places on the World Bank report which reported on the ease of doing business.

He noted that the state pays great and unprecedented importance to the real estate sector. Additionally, the goal is to double the country’s urban area to 14%, with expectations that the population increase will significantly increase, making comprehensive urban development necessary to accommodate the rate of population growth.