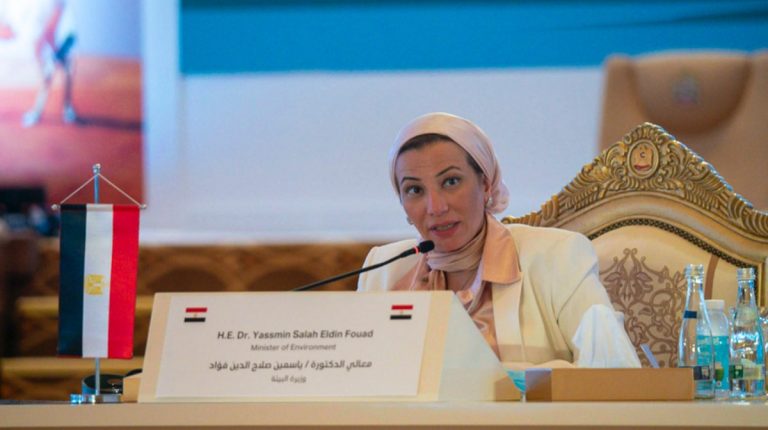 Egypt’s Minister of Environment Yasmine Fouad has outlined the country’s serious steps to address climate change, including restructuring the National Council for Climate Change and the climate change strategy 2050.

The Egyptian banking sector has also been transformed to keep pace with global developments, by setting conditions for project financing. This will ensure that no projects that exacerbate climate change are financed, and work is undertaken to expand financing environmentally friendly projects.

During her participation in the Regional Dialogue for Climate Action in the UAE, on Monday, Fouad added that Egypt has prepared a package of investment incentives that enables the formulation and implementation of adaptation projects.

Fouad emphasised the need to work to increase financing for adaptation projects to 50% of the total climate finance.

The minister also referred to the latest report on the “adaptation gap”, issued by the UN Environment Programme (UNEP) on 14 January 2020. The report estimated that the costs of adaptation in developing countries are expected to reach $140-300bn in 2030, and $280-500bn in 2050.

However, the adaptation financing directed through the United Nations Framework Convention on Climate Change’s (UNFCCC) multilateral climate funds has not exceeded $1.25bn annually.

This is despite its nearly doubling between 2015-2016 and 2017-2018, stressing the need to place adaptation at the top of the agenda of global climate action.

Moreover, Fouad noted that the Arab region is one of the most water-scarce regions in the world. Due to this scarcity, she noted that the region must benefit from the regional dialogue on energy and climate to initiate effective regional cooperation, building on the results of scientific assessments.

During the session, Fouad reviewed Egypt’s priorities in terms of adaptation, which includes adapting to the impacts of climate change on water resources, protecting coasts from the impact of sea-level rise, and the impacts on agricultural crop production.