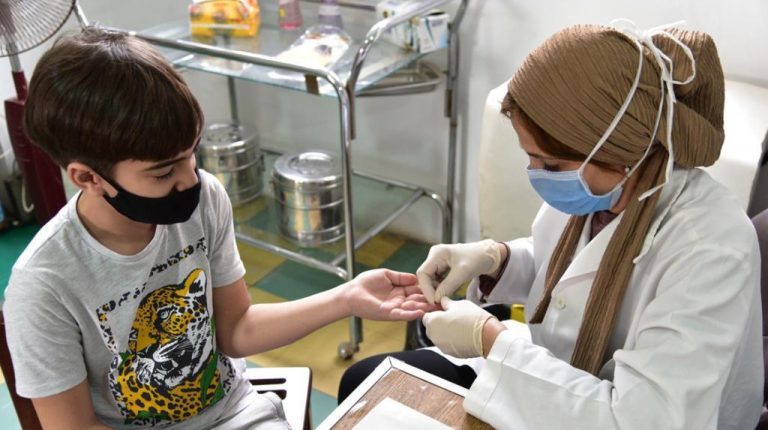 Egypt’s Minister of Health and Population Hala Zayed announced, on Thursday, that over 8.60 million students were screened as part of President Abdel Fattah Al-Sisi’s initiative for the early detection of diseases.

The campaign, which aims to screen for illnesses and diseases such as anaemia, obesity, and stunted growth, was launched in early November 2020 and targets students at primary schools across the country.

Ministry of Health and Population Spokesperson Khaled Mogahed said the initiative aims to examine 14 million Egyptian primary school students, as well as non-Egyptian students residing in the country, at 29,444 public and private schools.

The initiative will continue its work until the end of the academic year, Mogahed added. He noted that through the initiative, medical examinations are being conducted on students to measure weight, height, and haemoglobin levels, to detect diseases resulting from malnutrition.

Based on the results of these examinations, the ministry will work to develop the necessary mechanisms to improve student health, in coordination with the Ministry of Education.

Moreover, the cases affected by any of the diseases included in the initiative will be transferred to health insurance clinics, to complete the necessary examinations and dispense treatment free of charge.

He noted that 1,800 medical teams participated in the initiative, with each team consisting of three individuals; a nurse, a laboratory technician, and an administrator.

The team members have been trained on examination and diagnosis protocols, as well as infection control standards