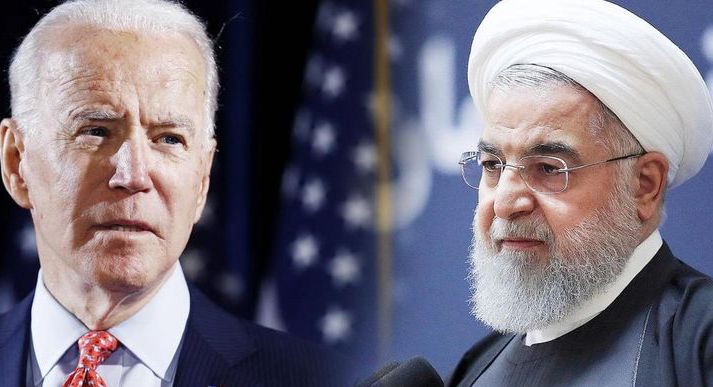 The international and regional interest in the Iranian nuclear programme has led to the creation of what can be called the Iranian nuclear file crisis. Putting it in the spotlight, it has become a major problem and multiple scenarios have been prepared to deal with it.

The most dangerous of these scenarios is the one that sees the need for the US to launch a military strike against Iran to destroy the latter’s nuclear infrastructure. Another scenario sees the possibility of directing the crisis towards a breakthrough through negotiations to resolve it or freeze it at the current stage until a final settlement is reached.

However, the direction that the [President Joe] Biden administration will adopt towards settling long-standing disputes with Iran is still difficult to predict. The Biden administration is trying to quietly urge Iran to return to negotiations on the 2015 nuclear deal, from which former President Donald Trump withdrew in 2018.

A few weeks ago, however, the US administration allowed airstrikes in Syria that targeted facilities belonging to an Iranian-backed militia. But anyway it appears that it is completely unlikely to continue the Trump administration’s policy of “maximum pressure” as a way to deal with Iran.

All political analyses have confirmed that the policy of “maximum pressure” did not succeed in dissuading Iran from moving forward with its nuclear programme, or in changing its destabilising approach according to American descriptions.

In fact, the Iranian file is one of the most complex files that the Biden administration inherited, not only from the previous administration but also from the US foreign policy in general towards Iran and the region as a whole.

This is because, since 1979, the US has not been able to come up with a complete and effective strategy to deal with the Iranian issue. There has been a US-Iranian consensus since the end of World War II, when the US was involved in the Baghdad Pact, “the central alliance”, which remained officially in place until the Shah was removed from office.

In 1979, however, Iranian-American relations deteriorated after the overthrow of the Shah’s rule and the detention of US embassy personnel in Iran in 1981. Since that time, the Iranian regime began its hostility to the US, and Washington adopted a hard-line policy towards Iran, which reached the actual use of military force against it in the failed hostage rescue operation and the arms embargo against it.

After that, Bill Clinton adopted a policy of “containment dual” towards Iran and Iraq. Finally, Bush Jr’s policy was adopted in which he relied on classifying Iran as a state rogue, on the pretext of the following three things: Iran’s support for terrorist groups, its suppression of its people and up to what was revealed in 2003 about Iranian nuclear facilities that were not known for the world.

During the Obama era, his policy was based on the foundation laid by the Bush administration in its adoption of the policy of pressure and efforts to build a strong system of economic sanctions in Iran. In light of this policy, President Barack Obama was able, in 2015, to conclude a historic agreement with Iran that includes reducing the country’s nuclear activities in exchange for lifting the international economic sanctions imposed on it.

Obama affirmed at that time that the agreement with Iran was not based on confidence, but rather on verification, and emphasised that if Iran violated the agreement, all sanctions that would be lifted under the agreement would be imposed again.

He said, “Our national security and our interest requires preventing Iran from obtaining a nuclear weapon … and if Iran violates the agreement, all options available at present will be available to any president of the United States.” At the same time, his Iranian counterpart, Hassan Rouhani, described the agreement as opening a “new chapter” in Iran’s relation with the world.

But on the contrary, Trump was determined, from his first day in the White House in 2017, to sign the largest amount of economic sanctions against Iran, known as the “maximum pressure” policy.

This aimed to push the Iranians out and demonstrate in the streets against the ruling regime and bring about change from inside, where the regime is led by people who are not hostile to the US and its allies in the region. Those sanctions were accompanied by Washington’s complete withdrawal from the framework nuclear agreement signed by former President Barack Obama, with an emphasis on the International Atomic Energy Agency (IAEA) to continue its inspection campaigns on Iranian nuclear reactors.

In addition, Tehran resorted to selling oil and gas secretly to other countries, in the hope that the situation will change after four years, and a person other than Trump will come to power in the US to return to the nuclear agreement, which means lifting the sanctions.

However, despite the Biden administration’s intention to adopt a new policy regarding the Iranian issue, the real dilemma now lies in the adherence of both parties to preconditions despite their willingness to sit at the negotiating table.

On the one hand, President Biden and his national security advisor, Jake Sullivan, stressed the need for future negotiations on Iran’s nuclear programme to include Iran’s military capabilities, especially its ballistic missile programme, a condition that Iran rejected. On the other hand, Iran stipulates that any new negotiations on Washington’s return to the nuclear agreement must include the complete lifting of US sanctions and financial compensation from European countries and the United States to Iran, and an official apology for President Trump’s departure from the agreement, in addition to condemning the killing of Quds Force Commander Qassem Suleimani.

These conditions seem impossible, which means that the chances for a future dialogue between America and Iran regarding the American return to the nuclear agreement are facing great challenges in light of the increasing contradiction in the positions between the two sides.

Based on that and in the face of this escalation on the part of Iran, and the insistence on sanctions from America, the Biden team must deal with the Iranian nuclear, ballistic and regional file, with a new logic that takes into account the developments that have occurred in the four years. It is not possible to rely on Obama’s legacy and deny Trump’s legacy. Simply what worked during the Obama administration may not work during the Biden administration.