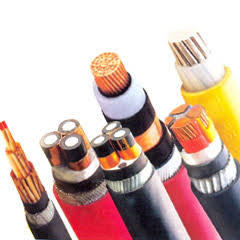 Mohamed Zakaria, Chairperson and Managing Director of Electro Cable Egypt (ECE), said they plan to establish a new factory with a total investment of EGP 800m.

The company aims to add new products and increase its production capacity by 30%, a percentage that can be reached within four years upon completing the project. The project is expected to be implemented on three or four phases.

Zakaria said that he expects the factory’s operation to begin within a year of contracting for production lines.

Moreover, he revealed that his company is in the process of establishing a new contracting company with a paid-up capital of EGP 250m, and the new company is an important step in the framework of expanding the scope of work. The activity of contracting is a complementary activity to the company to allow its activity the company to do more than sell cables. The company will also become a contractor implementing electrical cable projects.

He pointed out that the cable industry is facing strong competition in global markets due to the scarcity of resources and the high prices of raw materials, which negatively affected profit margins last year.

He said that the electric cable industry is the most related to global markets, and there is strong competition in foreign markets, explaining that most countries such as China, Saudi Arabia and Europe support cable exports as important industries.

He went on to explain that energy prices affect the cost of cable production, which is approximately 10%, as is the case in Giza Power Company’s factories. He pointed out that the company is currently working to reduce costs.

He pointed out that previously, electric cables companies focused on government contracts only. Now, there is balanced cooperation with the private sector, which requires different financing and payment capabilities.

“Before, the government sector accounted for 70% of the company’s activity and 30% was distributed between exports and the private sector. Now, things have changed. Some products account for 50% and 45% for the private sector,” he added.