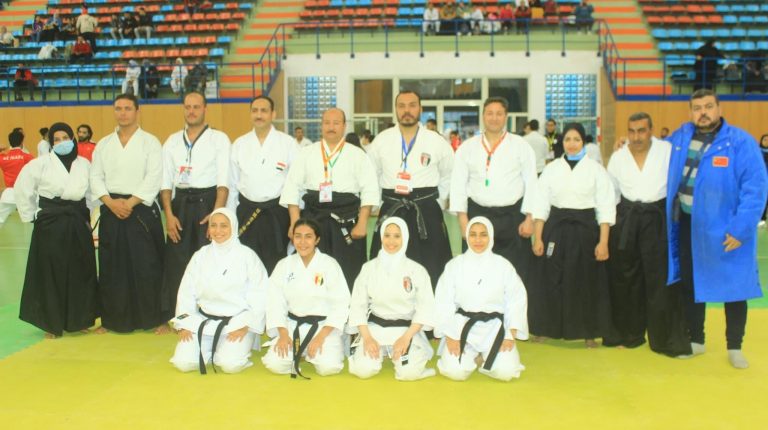 El-Makawi’s remarks against the backdrop of the highly successful Egypt Cup, which was organised by the federation over a period of three days.

He expressed his happiness with the level presented by the players during the tournament despite the novel coronavirus (COVID-19) pandemic. He stressed that this level is due to the policy of the Traditional Karate Federation and its successful plans to develop the game, as well as the full support of those responsible for Egyptian sports. The federation is planning to compete for medals in the world championships during next period.

The Traditional Karate Federation closed the curtain on the Egyptian Cup tournament, which was held in the covered hall at Helwan University in the midst of great brilliance.

It was a strong competition with the participation of more than 2,500 players from clubs, youth centres, and academies of all ages. It started with competitions in the 17, 20, 21 age groups, followed by the 12, 13 and 15 age groups, while the final day was for the ages of 6, 8 and 10 years.

Special prizes were also presented, including honouring the Dhamit Club in Alexandria for its participation with the largest number of players in the tournament. The Arab Academy in Kafr El-Sheikh won the shield of the highest participation, whilst international player Alaa Emad won the Best Sports Ethics Cup in the Egyptian Traditional Karate Championship.