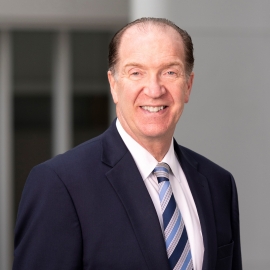 The World Bank Group has announced that it achieved a record 65% growth in commitments in 2020, according to its President David Malpass, who was speaking at the G20 Finance Ministers and Central Bank Governors Meeting on Wednesday.

Malpass added that the figure represents a rapid doubling of trade and working capital finance to help fill the banking vacuum that hit private sectors.

The novel coronavirus (COVID-19) pandemic will leave lasting scars on developing countries, from closed schools and physical stunting of children to lost jobs, the depletion of savings and assets, and growing debt overhangs.

The crisis came on top of persistent development challenges, including stagnant median incomes, fragility and violence, and damage caused by climate change, he elaborated.

“In 2020, bank-wide commitments topped $100bn for the first time, and we expect new vaccination operations in 50 countries by mid-year,” Malpass said, “Last week, we presented the main elements of our Climate Change Action Plan, which includes ambitious new targets for climate financing and steps to have as much impact as possible in improving the trajectory of greenhouse gas emissions and saving lives and livelihoods through adaptation.

He added that the plan is integrating climate and development, expanding the World Bank Group’s diagnostics, increasing the focus on results, and supporting countries with their NDCs and Long-Term Strategies.

“We are working to help countries wind down subsidies to carbon intensive industries and secure a just transition away from coal,” Malpass said, “We have invited close collaboration with the International Monetary Fund (IMF) and other partners, and our financing flows will be aligned with the Paris Agreement.”

On debt, the World Bank welcomes a decision by the Group of 20 (G20) to extend the DSSI through 2021. The World Bank is also working closely with the IMF to support the implementation of the G20 Common Framework, Malpass disclosed.

In both these debt efforts, greater transparency is an important element. He urged all G20 countries to disclose the terms of their financing contracts, including re-schedulings, and to support the World Bank’s efforts to reconcile borrower’s debt data more fully with that of creditors.

He went on, “I also urge G20 countries to act decisively to incentivize the private creditors under their jurisdiction to participate fully in sovereign debt relief efforts for low-income countries.”

From April to December 2020, the first DSSI period, the World Bank Group’s net transfers to IDA and LDC countries were close to $17bn, of which $5.8bn were on grant terms.

“Our new commitments were almost $30bn, making IDA19 the single largest source of concessional resources for the poorest countries and the key multilateral platform for support,” Malpass said.

“To recover from COVID-19, much more is needed, and we welcome the G20’s support for advancing IDA20 by one year,” he added, “You know many of the arguments for IDA resources, so I’d like to conclude with a word on balance sheet optimisation.”

He said that in IDA18, the organisation implemented a major optimisation by transforming IDA into a AAA market participant, and adopting a hybrid financing model.

In IDA19, $1 in donor contributions led to $3.50 in IDA financing, nearly double that just half a decade earlier.