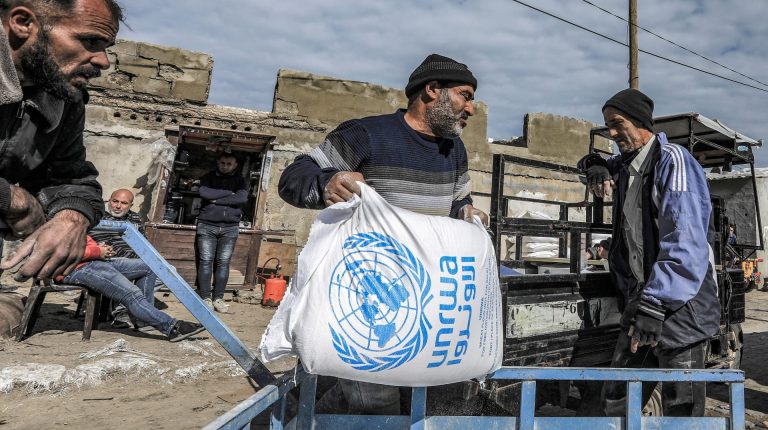 Egypt has welcomed the US administration’s decision to recommence economic, development, and humanitarian aid to Palestine, and US funding to the United Nations Relief and Works Agency for Palestine Refugees (UNRWA).

The Egyptian Foreign Ministry said, in a Thursday statement, that the US decision would contribute to easing the suffering of the Palestinians who face unprecedented economic and humanitarian challenges.

Ambassador Ahmed Hafez, spokesperson for the Egyptian Foreign Ministry, praised the decision, applauding the US administration’s attention and interaction with regional issues.

US Secretary of State Anthony Blinken said, in a statement on Wednesday, that his country will resume up to $235m worth economic, development, and humanitarian aid to the Palestinian people.

“US aid to the Palestinian people serves the interests and values of the United States. It provides vital assistance to those who need it and facilitates economic development. The aid supports the Israeli-Palestinian dialogue and coordination of security and stability,” he said.

The Biden administration also plans to provide $150m to the UNRWA. Additionally, about $75m as economic support and $10m in development funding will be provided.

The new US administration has previously pledged to resume aid to Palestine and allow the Palestinian diplomatic mission to work again in Washington.

Palestinian leaders, for their part, welcomed the US announcement.

Palestinian Prime Minister Mohammad Shtayyeh said, on Wednesday, “I welcome the resumption of US funding to the UNRWA, estimated at $150m a year.”

He also welcomed Washington’s resumption of aid to development projects in the West Bank and Gaza Strip worth an estimated $75m, which will come into force during the fourth quarter of this year.

According to the statement, all this aid was suspended during Donald Trump’s presidency.

Meanwhile, the Israeli Foreign Ministry said, “The resumption of US funding to UNRWA must be made as part of changes in the agency.”

Israel’s Ambassador to Washington Gilad Erdan also expressed his “disappointment” at the resumption of US aid to the Palestinians.