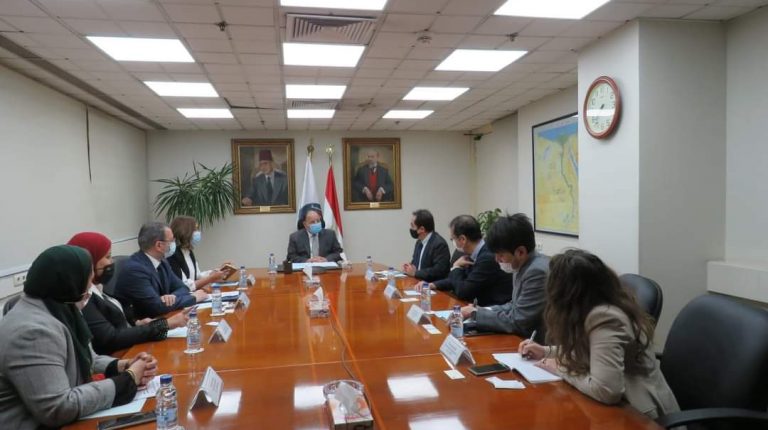 Egypt’s Minister of Finance Mohamed Maait has called on international investors to take advantage of the many promising development opportunities in Egypt.

This involvement will take place through their participating in the implementation of major projects aimed at laying the foundations for comprehensive and sustainable development. It is especially in light of the distinguished incentives provided for investors by the state.

Maait’s remarks came during his meeting with a Japanese delegation headed by Matsunaga Hideki, Director General of the Japanese International Cooperation Agency (JICA) for the Middle East and Europe.

The minister said that the Egyptian economy’s performance is improving, as reflected in the financial performance indicators outlined in the budget during July to March of the current fiscal year (FY) 2020/21.

He said that an initial surplus of EGP 25bn was achieved, despite the negative economic effects of the novel coronavirus (COVID-19) crisis.

Maait added that Egypt aims to achieve an economic growth rate of 5.4% during the next fiscal year, to complete the government’s economic reform process, and to preserve the gains made.

The minister noted that Egypt welcomes cooperation with Japan in various fields, and looks forward to the participation of Japanese companies and expertise in implementing major development projects.

He said that JICA is one of Egypt’s international development partners with whom the country aims to strengthen cooperation to benefit from the Japanese expertise.

He explained that the Egyptian Government, in cooperation with Japan, is keen to provide all elements of success for the Egyptian-Japanese schools.

This comes as one of the models of advanced education in Egypt that contributes to the development of a generation capable of creativity and innovation.

For his part, Matsunaga said that he has witnessed significant development in various aspects of life in the country as a result of the reform efforts carried out by the Egyptian Government. This reflects the determination of the Egyptian people, under their wise political leadership, to proceed with the process of the country’s comprehensive modernisation.

He praised the level of development cooperation existing between Egypt and Japan. At the same time, he stressed aspiration to enhance joint cooperation between the Egyptian and Japanese sides in the field of educational development. This would take place in accordance with the latest global systems and experiences.