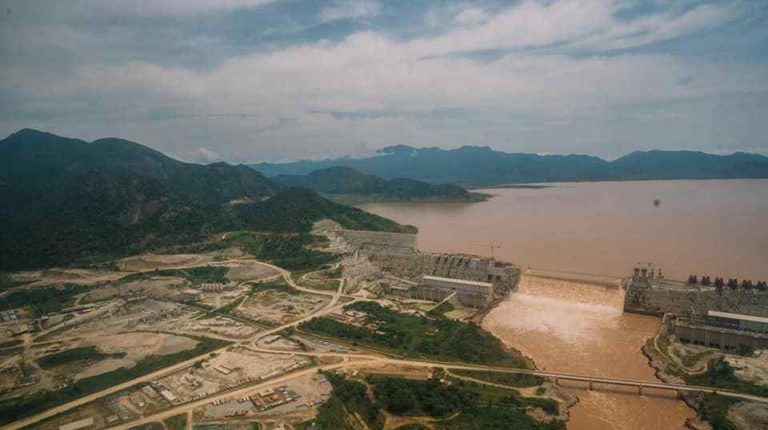 Russia’s Minister of Foreign Affairs Sergey Lavrov has revealed that his country had proposed technical assistance in the Ethiopian Nile dam negotiation, but there was no call for mediation.

Lavrov added that Russia supports the efforts of the African Union (AU) to settle the crisis, and believes that the solution should come from Africa.

During a meeting with his Egyptian counterpart Sameh Shoukry, Lavrov made note of Moscow’s position on the issue of the Grand Ethiopian Renaissance Dam (GERD).

He also stressed the importance of the three concerned parties reaching consensual solutions that preserve the interests of all.

Lavrov said that the quadripartite mediation proposal on the Nile Dam aims to revitalise the negotiations.

For his part, Shoukry said, “We are counting on Russia’s relations with Ethiopia to help reach an agreement on GERD, whilst at the same time we adhere to the need to reach a binding agreement on the dam, despite the African path to negotiation faltering.”

In a series of tweets earlier on Monday, Ethiopia’s Ministry of Foreign Affairs said that it addressed all of Sudan’s technical concerns on the Nile dam. It added that Egypt failed to recognise Ethiopia’s generosity and understanding to negotiate in good faith.

The ministry added that the Dam’s safety is an issue that has been well taken care of by Ethiopia for its own safety, despite Sudan’s rejection of the filling of the dam.

For years, Sudanese officials have been lauding the importance of the massive Ethiopian dam in deterring flooding, regulating water flow for irrigation, and removing a large amount of silt and sedimentation. The Sudanese side had also lauded the dam’s potential to provide cheap energy. However, Sudan has recently rejected the second filling of the dam before reaching a legally binding agreement.

In televised statements on Sunday, Shoukry said that state institutions have scenarios for dealing with the Nile dam crisis, dependent on their development.

He said that, when any party tries to harm Egypt’s interests, the country has the ability to counter this with determination. He explained that there have been negotiations ongoing for 10 years, with all issues well known.

Shoukry stressed that reaching an agreement is not difficult, and affirmed that if damage occurred to the two downstream countries, Egypt and Sudan, they would take measures to protect their national and water security and deal with any irresponsible Ethiopian behaviour.

The minister pointed out that Egypt is working to protect its national security and takes all measures that are in its interests. He noted that if Egypt’s water rights were harmed, it will be considered as a hostile act.

Shoukry added that Egypt is fully in solidarity with Sudan, and that they are working in coordination and consultation, so that the Ethiopian side can end its intransigence.

He pointed out that there many methods in international law to confront a hostile action, including diplomatic and political measures, international mediation of parties that can have an impact on the scene, and the right to take the action an affected country deems appropriate, stressing that all options are available.

He also referred to statements by Egypt’s President Abdel Fattah Al-Sisi when he spoke clearly about protecting Egyptian water security, describing it as “red line”.

Shoukry stressed that if the second filling does not result in harm, then it is a commendable matter. However, it illustrates Ethiopia’s intransigence and its taking of unilateral decisions outside international law and norms related to transnational rivers.