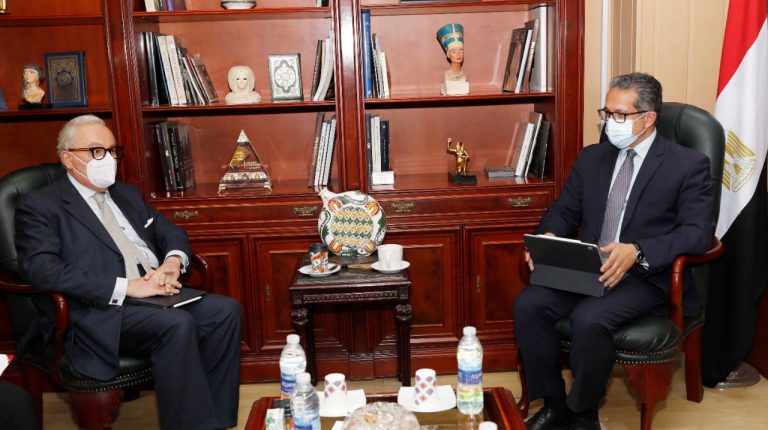 Egypt’s Minister of Tourism and Antiquities Khaled El-Anani has met with Italy’s Ambassador to Cairo Giampaolo Cantini to discuss strengthening cooperation between the two countries in tourism and archaeological work.

During the meeting, the two sides discussed the possibility of organising a celebration marking the 40th anniversary of the rescue of the Philae Temple in Aswan.

This would include publishing a special book narrating the rescue operation.

Means of promoting cultural tourism movement from Italy to Egypt were also discussed. As part of this, introductory trips for major Italian tour operators would be organised, and studies would be conducted into the possibility of launching charter airlines between Italy and the Egyptian cities of Luxor and Aswan.

The meeting was attended by Counsellor Abdel Mohsen Shafi’i, General Supervisor of the Central Department for Public and International Relations at Egypt’s Ministry of Tourism and Antiquities, and Dr Giusepina Capriotti, Director of the Italian Archaeology Center.