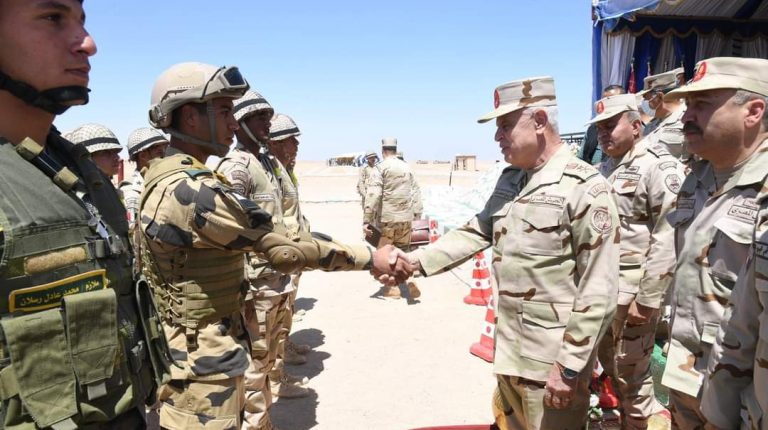 The training, which lasted for several days, took place in cooperation with the main branches of the country’s Armed Forces, as part of the annual plan to combat training of formations and units.

The main phase of the training project included the procedures implemented during the preparation and organisation phase of the battle, in addition to pushing the main force to achieve the planned tasks.

The training has also included plans to clear one of the Red Sea islands and a border village from infiltrating terrorist elements. The training has indicated the high combat skills and accuracy of the participating elements in carrying out emergency missions with high efficiency.

Meanwhile, Farid met with a number of commanders, officers, and soldiers of the Southern Military Region. During the meeting, the participants discussed their opinions and inquiries about the local, regional, and international issues.

He praised their awareness of the latest developments in the region and their impact on the Egyptian national security.