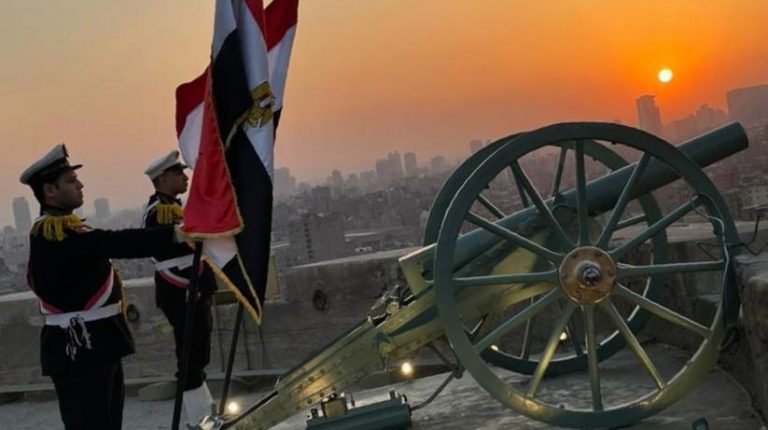 For the first time since 1992, the Ramadan Cannon will be fired at sunset every day during the holy month to announce the breaking of the fast (iftar), the Ministry of Tourism and Antiquities has announced.

The Ramadan Cannon will be fired from the square of the Police Museum in the Citadel of Salah Al-Din Al-Ayyubi in Cairo as it was in the past, after the Ministry restored its use.

Eman Zidan, Assistant Minister for Archaeological Sites and Museums, said that the restoration work on the cannon came as part of the ministry’s plan to raise the efficiency of tourism services in museums and archaeological sites. This includes those services found at the Cairo Citadel.

She said that the cannon will be fired at sunset every day during Ramadan to announce the iftar. This will ensure the preservation of the Citadel’s archaeological heritage, whilst keeping up with the use of modern technology by firing a laser beam next to the cannon.

Mustafa Waziri, Secretary-General of the Supreme Council of Antiquities, said that the cannon’s restoration included removing a layer of rust that had formed on the body, and cleaning it from the inside

Osama Talaat, Head of the Ministry’s Islamic, Coptic and Jewish Antiquities Sector, said that there are many stories surrounding the Ramadan cannon. They all confirm that it originated in the city of Cairo, specifically in the Citadel of Salah al-Din in Cairo.