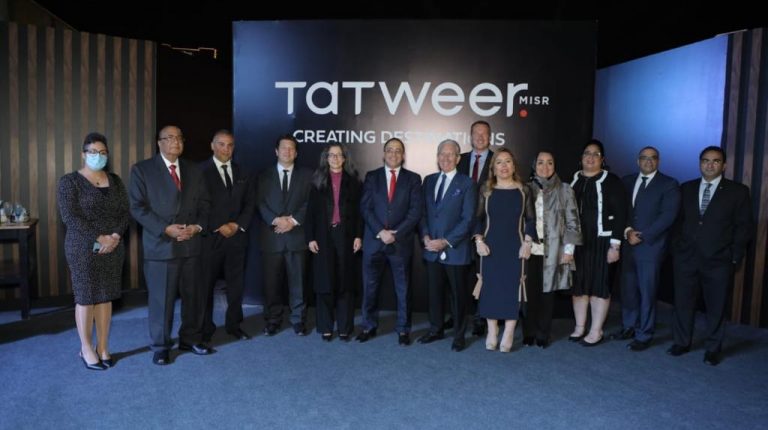 The new contractual agreements included an international branch campus of the New Jersey Institute of Technology (NJIT), two King’s College schools, and a Narmer American College, all of which are located at the company’s educational zone at Bloomfields.

Additionally, a partnership has been announced with the Commercial International Bank Egypt (CIB) and Colliers International to create due diligence on the educational zone.

This aims to also attract more educational entities and investment funds with interest in education to launch at the educational zone. This comes in line with Tatweer Misr’s optimistic plan to support the Egyptian Government in enhancing the educational ecosystem by the year 2030, and attract investors in diversified sectors.

The announcement was made during a press conference on Sunday evening, where Ahmed Shalaby, President and CEO of Tatweer Misr said, “We are proud to enhance the educational ecosystem in Egypt through the educational zone at Bloomfields.”

“Education and entrepreneurship have always been integral to our strategy, and we are looking forward to raising the leaders of the future who will push Egypt to development and prosperity,” he added, “The educational zone is only catering to residents of Bloomfields, and it shall host international branch universities and schools that would develop the educational system in Egypt, the Middle East and North Africa.”

Bloomfields is a mixed-use project located in Mostakbal City, and spans over an area of 415 feddan, and has been designed to become the first college in the Middle East.

The project, which has seen total investments of EGP 23bn, includes a residential, commercial, and administrative area, which consists of 10,700 units.

Whilst Bloomfields covering 325 feddans, the remaining 90 acres have been allocated as an educational zone with total investments of EGP 10bn over 10 years. The educational zone shall host GEN@Bloomfields, the first entrepreneurial hub in Egypt, the Middle East and North Africa.

The signed contracts worth EGP 3.2bn are the first phase of investments in the educational zone which is scheduled to start its first operations by the end of 2023 along with some residential units, Shalaby noted.

Speaking about the fruitful partnerships between the UK and Egypt, especially in education, Britain’s Ambassador to Egypt Sir Geoffrey Adams said, “Educational links between Britain and Egypt are booming at all levels, with the strong support of both governments.”

“It is great news that King’s College Cairo will soon be offering quality British education to thousands of talented young Egyptians,” he added.

From her part, Nicole Shampaine, Chargé d’Affaires at the US Embassy in Cairo said, “This educational initiative will give Egyptian students access to an American education, enabling them to compete for high-skill jobs and help Egypt develop its knowledge-based economy.”

Shampaine noted that it builds on four decades of investment by the US Government in strengthening education in Egypt, including building more than 2,000 schools. This includes training over 100,000 teachers, providing more than $350m in scholarships and academic exchanges, and supporting university linkages, she said.

The press conference started with the signing of a final contract between Tatweer Misr and the NJIT to establish the first international branch at the educational zone, with investments worth EGP 2bn and a student capacity of 3000 students. This partnership is driven from Tatweer Misr’s commitment to support the Egyptian government in establishing international branch universities in Egypt in attempt to utilize international expertise in education and research hence, elevating the standards of higher education.

The NJIT will open new majors for the first time in Egypt including, Medical Informatics, Concrete Technology and Construction Management Technology.

Commenting on the new partnership, NJIT President Joel Bloom said, “The NJIT is very much looking forward to finalizing our agreement with Tatweer Misr, and receiving the Presidential Decree in order to open our campus in Egypt.”

“This has been a concerted effort by all parties to achieve this significant outcome, and we at the NJIT believe this partnership has multiple benefits for both countries, our home state of New Jersey in the US, and certainly for the students of Egypt and the US,” he said, “We currently have many students of Egyptian heritage on our Newark, NJ campus as well as successful Egyptian alumni.”

Shalaby also signed a contract with Rick Johnson of King’s College for a partnership that entails establishing two schools which come as the first King’s College campuses in Egypt. The project is worth EGP 800m of investments and will hold a student capacity of 3,000 students.

During the event, Tatweer Misr announced a partnership with CIB Egypt and Colliers International to create due diligence for the educational zone and promote it among investors and investment funds with interest in the educational and entrepreneurial sectors.

Furthermore, they will set criteria for selecting investors based on their expertise and will set a framework for potential investors enabling both entities to make accurate business and strategic decisions.