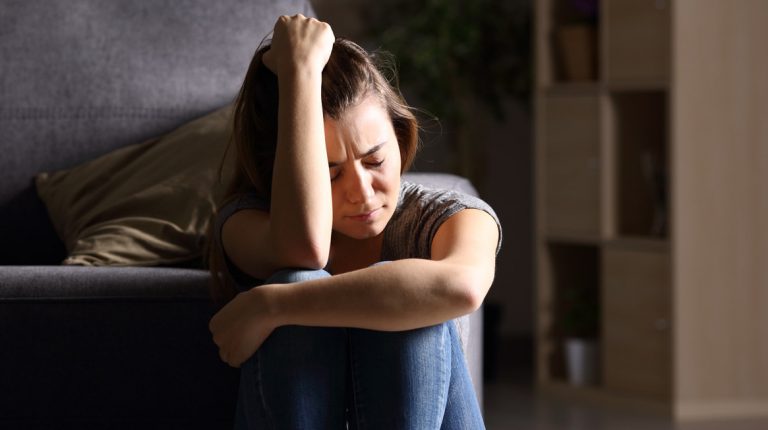 The Egyptian Psychiatric Association has said that women are more likely to be affected by depression than men.

The Association reached this result through its continued “Break the Depression” awareness campaign, which was launched at the end of 2020.

The campaign addresses depression as a mental illness, to characterise it and its symptoms, and to provide more information on how to deal with and overcome the disease.

It also seeks to emphasise that mental illness is like other organic diseases, such as stress and diabetes, that the patient should not be ashamed, and that he or she can have a full recovery by receiving treatment.

The campaign revealed in a press statement that medical studies confirm that over 264 million people around the world of all ages suffer from depression, with the disease affecting 1-3% of patients.

Severe depression that is resistant to treatment affects 20-30% of patients. The figures show that depression is a major cause of disability worldwide and is a major contributor to the overall global burden of disease.

The data also shows that there are effective psychological and pharmacological treatments for moderate and severe depression.

According to the campaign, there are several factors that can play a strong role in depression, among them biochemical, with differences in some chemicals in the brain which may contribute to depression symptoms of depression.

There is also a genetic factor, as depression can be hereditary, for example if one half of identical twins is depressed, the other has a 70% chance of suffering from the disease at some point in their life.

The third factor that can play a part in depression is personality, with those who suffer from low self-esteem, who are easily overwhelmed by stress, or pessimists in general, more likely to suffer from depression.

The last of these factors can be found in the environment, as constant exposure to violence, neglect, abuse, or poverty may make some people more vulnerable to depression.

The concept of treatment resistant depression is a term used in clinical psychiatry to describe a condition that affects people with major depressive disorder, and who do not respond adequately to a course of appropriate antidepressant medication over a certain period of time.

Psychiatrist Adel Youssef explained that a cure has been found to the treatment-resistant depression.

He said, “Despite the sense of hopelessness in the term, medical developments have contributed to finding a solution to help patients with treatment-resistant depression, there are currently many.”

Youssef also talked about depression in general, saying, “Depression is one of the most common mental illnesses around the world, and it causes billions to be lost.”

“It is now the third disease in the world, and it is a common and dangerous medical disease that negatively affects how you feel, how you think and how you behave, but for good Luck is treatable as well,” he added.

Depression causes feelings of sadness and/or loss of interest in activities that you previously enjoyed, Youssef said, adding that it can also lead to a variety of emotional and physical problems. As a result, depression is also capable of reducing the individual’s ability to function both at work and at home.