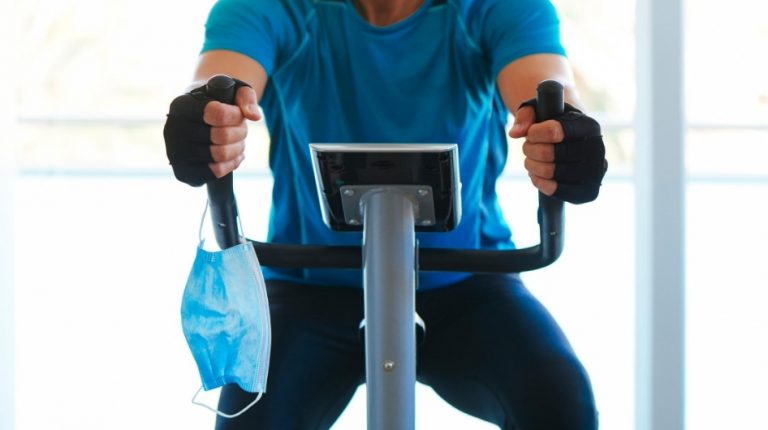 A cloth face covering affect exercise performance and physical capacity, the results of a small clinical trial, published on Tuesday in the British Journal of Sports Medicine, has revealed.

Wearers also reported increasing shortness of breath and claustrophobia at higher exercise intensities. This prompted the researchers to suggest modifying the frequency, intensity, duration, and type of exercise done when wearing a cloth face mask.

Several studies have studied the impact of wearing surgical masks on the cardiovascular and subjective responses to exercise. But these masks are not widely available for general use, and few studies have looked at the impact of cloth face masks.

In a bid to plug this knowledge gap, the researchers compared the exercise performance of 31 healthy adults, aged 18 to 29, while they ran on a treadmill to exhaustion, once wearing a cloth face mask and once not wearing one.

Their blood pressure, heart rate, oxygen saturation, exertion and shortness of breath were measured and recorded after a three-minute warm-up, during the exercise test, and seven minutes after they had completed it during a recovery period.

They were asked to rate their experiences of wearing a face mask, including comfort, temperature, and breathability, immediately after they had completed the masked test.

Participants usually did an average of 170 minutes/week of moderate and 206 minutes/week of vigorous physical activity. None smoked cigarettes, although three said they smoked marijuana and five participants indicated a history of medically controlled asthma.

Three out of four said they had worn a face mask while exercising before taking part in the study, and 19 (61%) said that their exercise facility required them to do so.

Analysis of the recorded data showed that compared with not wearing a cloth face mask, wearing one led to a significant reduction in exercise time (14%). Additionally, there was a marked effect on physiological measures of capacity, including maximal oxygen consumption (VO2 max; 29% reduction) and maximal heart rate, as well as increased shortness of breath.

These changes mirrored exercise intensity, attributed to perceived discomfort associated with mask wearing. They resolved after the seven-minute recovery period when the results of the two tests no longer differed.

Compared with not wearing a cloth face mask, participants reported feeling increasingly short of breath and claustrophobic at higher exercise intensities while wearing one.

Of the participants, 30 agreed or strongly agreed that it was harder to give maximum effort during the trial while wearing a mask.

Responses included: “harder than last time”; “I fatigued quicker”; “no effect during the walking stage”; and “affected me during the jog”.

At the higher intensity in particular, responses included: “running was harder than normal”; “breathing got harder as speed/incline increased”; “felt hard to breathe”; “felt like I couldn’t get a deep breath”; and “had to breathe deeper to get the same amount of air”.

None indicated that moisture or weight of the mask inhibited their performance or forced them to stop the exercise test.

“As our results do not fully explain how mask-wearing might directly limit cardiovascular function, our conclusion is that the discomfort associated with mask-wearing,” the researchers suggest, “This was evidenced by the higher ratings of dyspnoea in the mask condition and participants’ qualitative feedback, directly led to the reduction in performance.”

“Our results have several implications for training and performance while wearing a cloth face mask,” they add.

The first of these, they noted, was that as wearing a cloth mask reduced exercise performance, VO2 peak and related variables, training variables of frequency, intensity, time and type of activity should be modified accordingly.

Secondly, exercise goals can be modified to reflect the reduced performance and psychological impact of wearing a cloth mask while still promoting safe goal attainment.

Widespread facemask use is vital to counter COVID-19 as lockdown ends: Scientists