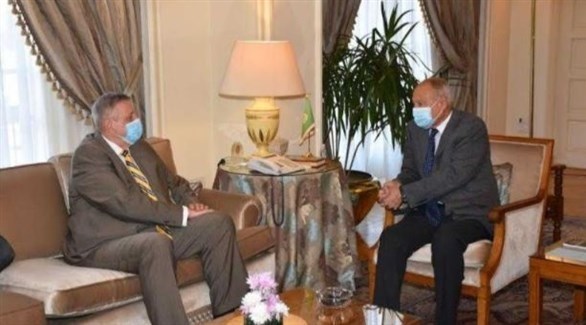 A statement issued by the Arab League said that, during the meeting, the two sides “reviewed all the developments in Libya on the political, security, and economic scenes.” This included all the updates since Kubiš’ recent meeting with the Arab League in March.

Aboul Gheit also discussed with Kubiš the Arab League’s role in support of the settlement process in Libya under the auspices of the UN. This includes support for the new executive authority led by President Muhammad Al-Menfi and Prime Minister Abdel-Hamid Dbeiba

The Arab League encourages Libya to complete the implementation of the political roadmap adopted by the Forum for Political Dialogue, and to complete the entitlements and steps stipulated in the ceasefire agreement.

The steps include the removal of foreign troops and mercenaries from all Libyan territory, and the commitment to hold national elections scheduled for 24 December 2021.

In this context, Aboul Gheit affirmed the Arab League’s keenness to strengthen its cooperative relations and its complementary work with the United Nations in support of Libya.

He indicated that the organisation is working to raise the level of joint work with the rest of its partners within the framework of the Quartet, which includes the Arab League, the UN, the African Union (AU), and the EU.

Aboul Gheit intends to call for a meeting next week at the level of the general secretaries of the four organisations.

The meeting is to exchange views and coordinate positions regarding the power transition process that Libya is going through, and to reach an integrated political settlement of the situation in the country.

In a separate meeting, Egypt’s Shoukry met with Kubiš to review the country’s exerted efforts to support the new interim executive authority in Libya, in various bilateral, regional, and international forums.

Shoukry called for a push to settle the issue in Libya, militarily, politically, and economically. He stressed the need for holding elections and forming a government that expresses the Libyan people’s free will.

Egypt and the international community will respect this will, in order to preserve the unity, sovereignty, and capabilities of Libya, away from threats by terrorist organisations and their affiliated militias, the minister indicated.