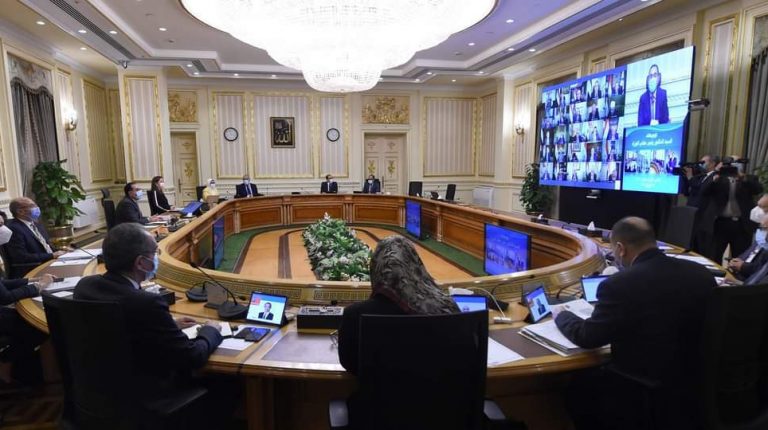 Egypt’s Prime Minister Mostafa Madbouly directed, on Wednesday, for all ministries and government agencies to maximise the use of the Secure Documents Complex capabilities.

The complex, which was inaugurated last week, is considered the largest and most modern of its kind in the Middle East and North Africa (MENA) region. It is an added value to support the state’s strategy for digital transformation.

Meanwhile, Madbouly asserted that the recent official visit made by Tunisian President Qais Said to Egypt confirms the depth of relations between both countries.

He said that the discussion between Egypt and Tunisia reflected a common desire to enhance cooperation in different fields, and asserted the importance of solidarity to combat common challenges.

During the cabinet meeting, Madbouly asserted the important role Egypt plays in the region, thanks to its stability and the strength of the internal situation the country is currently witnessing.

Meanwhile, the Cabinet approved a draft decision by President Abdel Fattah Al-Sisi regarding a financing agreement between Egypt and the African Development Bank (AfDB). The agreement, worth an amount not exceeding €108m, relates to the integrated sanitation programme in rural areas of Upper Egypt.

The programme aims to provide integrated sanitation services in the rural areas, in addition to developing the processes of collecting, transporting, and treating wastewater.

The cabinet also agreed on a draft decision made by the President regarding a grant agreement between Egypt, the AfDB, and the African Development Fund (ADF), to support the programme for delivering drinking water and sanitation to rural areas. The grant is to receive a sum of financing not exceeding €1m.

The Council of Ministers has also approved the reconciliation of 82 churches and affiliated buildings, bringing the number of such buildings that were approved for reconciliation to about 1,882.

The cabinet approved the opening of a second stage for the examination of people with moderate disabilities, which comes as part of Law No 10 of 2018 regarding the Rights of Persons with Disabilities.

The law stipulates that the Ministry for Social Solidarity, in coordination with the Ministry of Health and Population, should give a card for people with disabilities to enhance services given to them. This is in addition to preparing a health file for them based on an approved medical diagnosis.

The Ministry of Social Solidarity had also launched an electronic site to record the data of people with severe disabilities, in addition to providing about 782,211 integrated cards for people with disabilities since 2019.