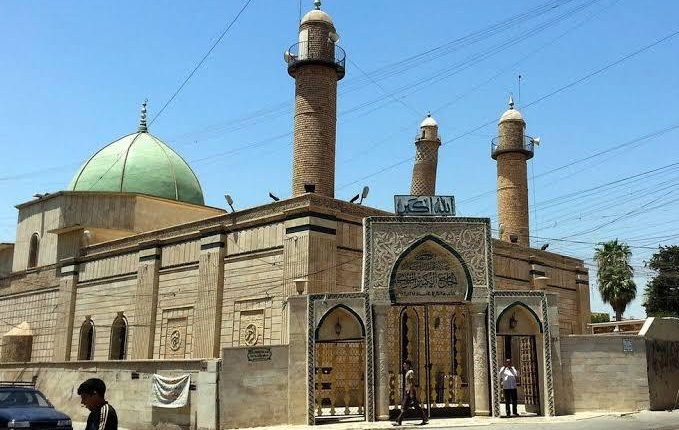 The “Courtyards Dialogue” design submitted by eight Egyptian architects has won the United Nations Educational, Scientific and Cultural Organization (UNESCO) competition to rebuild the historical Al-Nouri mosque in the Iraqi city of Mosul.

The complex was left mostly destroyed by the terrorist group known as ISIS, as they blew up the 12th Century mosque in June 2017 when government troops moved to recapture the city.

The Egyptian design was selected by an international jury from among 123 entries in the global competition as part of the UNESCO’s project to rehabilitate the ancient city of Mosul, the UN wrote on its website.

“They scooped the award for their imaginative reconstruction of the Al-Nouri’s prayer hall and complex, and for the way it blends into its surrounding through open public spaces,” UNESCO announced.

The reconstruction of the mosque “will be a landmark in the process of advancing the war-torn city’s reconciliation,” according to UNESCO Head Audrey Azoulay.

While the prayer hall will look as it did before its destruction, there will be notable changes, including the use of natural light and expanded spaces for women and dignitaries, UNESCO said in a statement.

The Great Mosque was named after Nur al-Din Mahmoud Zangi, famous for unifying Muslim forces against Christian Crusaders, who ordered its construction in 1172.

The building was famous for its leaning minaret, nicknamed “Al-Hadba” or “the humpback”, and had been badly damaged during the Battle of Mosul.

UNESCO says the design also includes enclosed gardens inspired by the historic houses and gardens that were located around the prayer hall in the past. The reconstruction will start later this year.

The UNESCO competition was launched in November 2020, in coordination with Iraq’s Ministry of Culture and the country’s Sunni Endowment Office.

The winning Egyptian team has been awarded the contract for the complex as well as a $50,000 prize.