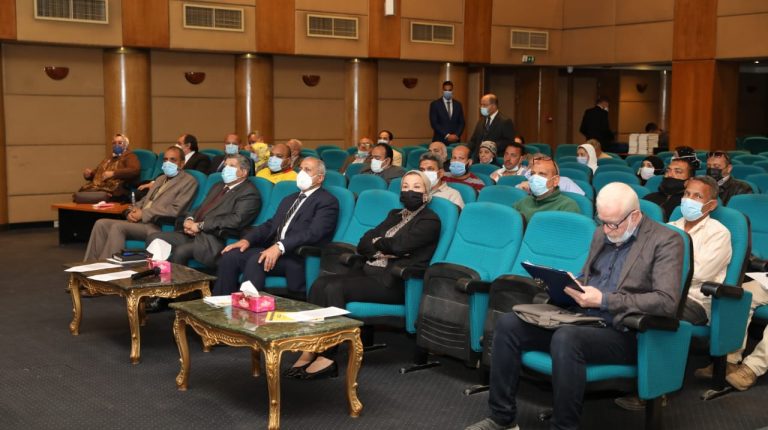 Egypt’s Minister of Environment Yasmine Fouad and President of the Arab Academy for Science Technology and Maritime Transport (AASTMT) Ismail Abdel Ghaffar have witnessed the closing ceremony of training on the principles of sanitary landfills.

The training, which took place on Saturday, was carried out through the AASTMT as a complementary part of the infrastructure construction for the solid waste management system. It aimed to qualify workers in the system across various governorates.

During her participation in the event, Fouad praised the academy’s efforts in supporting the organisation of municipal solid waste management.

This took place through auditing the technical designs of the sanitary landfills implemented in the governorates, as well as the operations-based training of the staff.

The minister noted that the programme came as part of capacity building for workers involved in the system, to ensure the effectiveness and sustainability of its management.

It emphasised the role of academic institutions as a key partner in building development projects on scientific and professional foundations.

Fouad also noted that the creation of a network of sanitary landfills is a national project that has seen large investments from an integrated team from the Ministries of Environment, Local Development, and Military Production. Investments have also come from the Arab Organization for Industrialization (AOI).

The minister said that, as it is necessary to ensure that these landfills are managed in an effective and sustainable manner after their operation, it was agreed with the AASTMT to conduct training courses for those in charge of each system as well as workers.