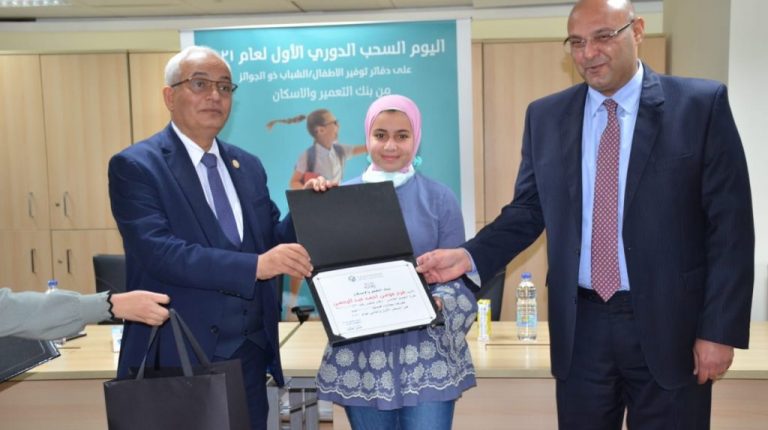 Hassan Ghanem, Chairperson and Managing Director of the Housing and Development Bank (HDB), has said that financial inclusion is a top priority for the bank.

He also said that the bank believes in the importance of the contributions of all social sectors in terms of transforming the culture of consumption into one of saving.

Ghanem highlighted the role that financial institutions play by introducing saving programmes, and providing products with prizes that motivate children and youth to save more money.

He added that the HDB has been, and continues to play, a pioneering role in activating financial inclusion, and spreading financial and banking culture among all segments and age groups.

It does this using products designed for different age groups, to develop savings awareness and encourage dealing with banking institutions.

As part of the HDB’s keenness on enhancing financial inclusion, it is striving to instil the savings culture among Egyptians, out of the belief that this awareness enhances social stability and drives economic growth.

Out of this belief, the bank conducted the first periodic draw for 2021 on the prizes for the Children and Youth Saving Accounts. This took place under the patronage of Minister of Education and Technical Education Tarek Shawky and Ghanem.

Also present were: Reda Hegazy, Deputy Minister of Education for Teachers Affairs; Walid Matar, Assistant Managing Director of Retail Banking and Branches at the HDB; and a representative from the Ministry of Social Solidarity.

This is with the aim of activating the National Savings Project and helping young people purchase their future homes as an incentive to motivate them.

Matar indicated that the HDB is constantly working to sponsor and develop the National Savings Project for Future Apartment, in fruitful and continuous cooperation with the Ministry of Education and Technical Education. The bank deems this as one of its main tasks to enhance financial inclusion.

This is a role that the bank has been playing for nearly 22 years, to increase the number of clients of the banking system, especially children and young people. The bank’s administration believes that beliefs and behaviours are formed at a young age, which is why the HDB has become a pioneer in the field of spreading financial literacy among children and youth specifically.

Matar said that the idea of ​​an account for children and young people with prizes involves opening a savings account under the child’s name, with a minimum of EGP 50.

For his part, Reda Hegazy expressed his gratitude for the efforts made by the bank to develop the project.

The winners of the draw, which was held under the supervision of the Ministry of Social Solidarity, included Ahmed Mohamed Ahmed Mohamed, who holds an account at the Nasr City branch, and who won the first prize. It is a housing unit worth EGP 200,000.

Faris Nabih Sadek Abdo Rabie, of the October branch, Sixth district, won the second prize, which is the down payment of a housing unit worth EGP 100,000. The third place winner is Maryam Sherif Zakaria El-Hendy, New Damietta branch, who won a housing unit valued at EGP 50,000.

Moreover, students who won the draw last year were also honoured, and certificates of appreciation and gifts were presented to them to encourage them to continue saving. A total of 425 other cash prizes were given out, their values ranging from EGP 250 to EGP 1,500.