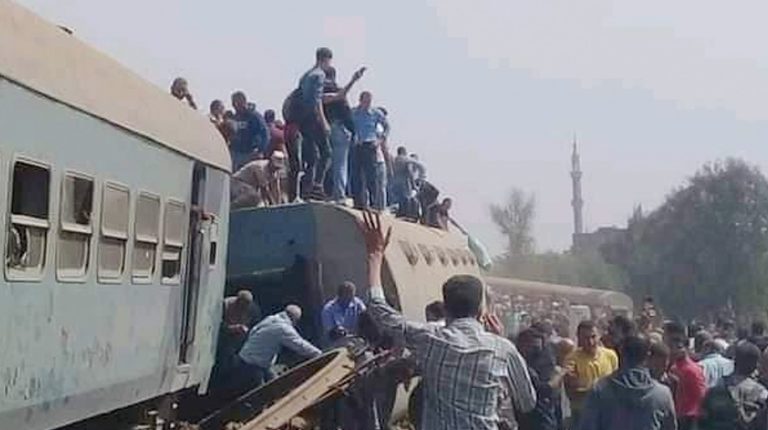 Egypt’s Ministry of Health and Population has announced that 97 passengers were injured as a result of a train derailment in Banha.

The ministry did not mention any deaths as a result of the accident, but local media cited security officials as saying that eight were recorded.

A team from Egypt’s Public Prosecution headed to the accident site, and opened an immediate investigation.

Railway services were suspended in northern Egypt after the Cairo-Mansoura Train 949 left the tracks in Sandhour near Toukh town, about 30km north of Cairo.

The Ministers of Health and Population, and Transportation headed to the site of the accident.

The Ministry of Health said that immediately after the accident, 58 ambulances rushed to the scene. The injured were transferred to Benha Teaching Hospital, Qalioub Hospital, and Banha University Hospital.

According to a statement released by the ministry, all those injured are receiving the necessary treatment and medical care.

The statement also stressed that the degree of preparedness at all hospitals in Qalioubiya governorate has been raised to the utmost level.