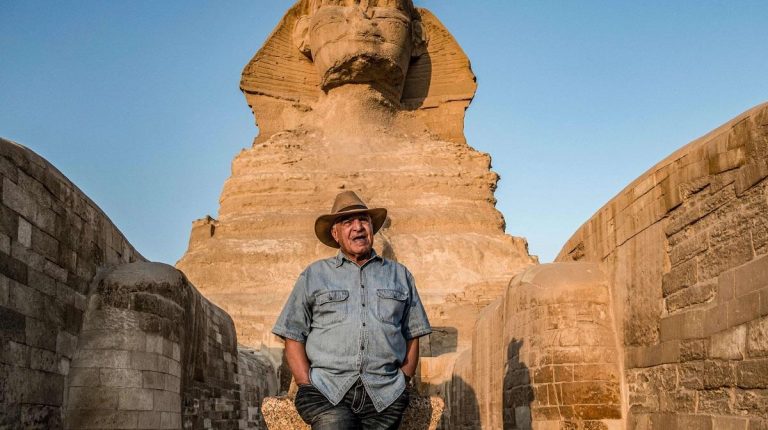 The Grand Egyptian Museum (GEM) is the most important cultural project in the world, according to Zahi Hawass, prominent Egyptologist and former Minister of Antiquities.

Speaking to Daily News Egypt, Hawass said that the GEM is the most important project that he started with Farouk Hosny, Egypt’s former Minister of Culture, but it was left unfinished because of the 25 January 2011 Revolution.

Notably, the museum, which has been built on a total area of 117 feddan in Giza, is the largest museum in the world dedicated to one civilisation, and its opening is eagerly awaited.

Hawass said that the GEM will feature the statue of Ramses II along with an obelisk from his reign, with visitors able to view the statues of kings and queens as they proceed up the staircase.

“The boats found at Khufu’s Pyramid [in Giza] will be transported to the museum, along with three big galleries devoted to important artefacts,” he added, “I really believe that the opening of this museum will be the most important cultural opening in the world, because the GEM proved to the world that Egypt really cares about its ancient artefacts.”

Earlier, Minister of Tourism and Antiquities Khaled El-Anani announced that the GEM will be ready for opening by June 2021.

“For the Museum’s opening ceremony, we will invite heads of states from all over the world, so I think we have to wait to see how things will go regarding the novel coronavirus (COVID-19) pandemic,” El-Anani said, “However, I think it will be sometime in the second half of 2021.”

Asked on whether the new Antiquities Act still needs amendments, Hawass said that all the modifications that he wanted were put forward to take into account particularly the theft of antiquities. He noted that such thefts are  considered a crime rather than a misdemeanour, and that the act’s introduction is the most important thing to have happened so far.

Notably, until the middle of the 19th Century, there was no legislation concerning the antiquities trade in Egypt. There were thousands of artefacts, such as jewellery, statues, engravings, and even entire monuments that were taken away from their original environment to join private collections or various groups of museums around the world.

The first step to limit the smuggling of Egyptian antiquities abroad was on 15 August 1835, when Egypt Governor Mohamed Ali Pasha issued a decree prohibiting the export and trade of all antiquities from the country.

This decree also included the construction of a building in Azbakiya Park in Cairo as a house for the preservation of monuments.