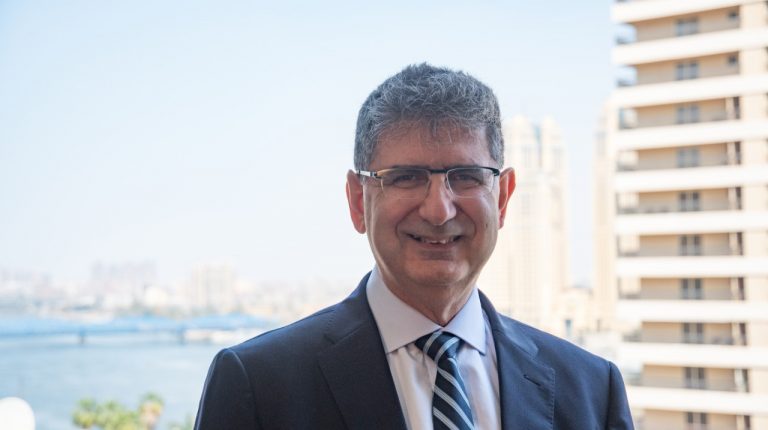 Antoine El Khoury, Managing director of TAMEER, has revealed his faith in the future of the real estate sector in Egypt.

This is driven by the very rapid changes and in-depth transformation the country is currently going through, making it one of the fastest growing, most promising, and most highly regarded business platforms in the world.

El Khoury said that he believes this success story is driven by a clear vision and determination of the nation’s leadership, and by the massive and structural modernisation of the country and its infrastructures.

Moreover, during the conference, El Khoury said that Egypt is enjoying a political and monetary stability, as well as an unmatched economic growth.

This has ensured that Egypt has become the preferred destination for business and investment in the Middle East and Africa (MEA) region, a still under-developed region accounting for 1.5 billion residents.

As a result, more and more multinational companies are entering the market every day and establishing their regional platforms in Egypt.

El Khoury is a believer that real estate is a sector that supports the economy, by providing space for growth. Growth in any sector of the economy requires space, whether offices, retail, factories, logistic hubs or other forms.

When the economy grows, the demand for space grows as well, and this boosts the real estate industry. Moreover, Egypt’s middle class is growing very quickly in terms of purchasing power and in terms of lifestyle. This is creating a need for further quality destinations for social life and consumption.

During his speech, El Khoury emphasised that when people look carefully at the Egyptian real estate sector, they can easily identify new trends that are emerging in the market, which is clearly diversifying towards the non-residential segment.

Market players have identified new needs and are adapting, paving the way for a more mature environment. He added that this is a good start, because it creates the space and the investment opportunities, as well as the products needed to fill the gap that will be created by the demand.

But this is not enough from an investment point of view. He noted that the opportunity for the sector and for the economy in general is far bigger than what local players are anticipating today.

Discussing the opportunities in the institutional income generating real estate segment, El Khoury said that these opportunities are what large foreign investors, such as sovereign funds, pension funds, or international private funds, look at.

Real estate is an investment asset that has different cycles, which are differently positioned on the risk-return curve.

The first cycle, the most rewarding but the riskiest, is the speculative development. Developers launch projects that are sold off-plan. This is where the Egyptian market is active now.

This particular cycle is usually not attractive for institutional investors who have a lower risk appetite. Those investors usually enter the market once the construction is completed and the asset is let to good tenants and generating steady cash flows.

In the investment language, these are called “stabilised investments”.

El Khoury also shared three indicators at Cityscape talk that illustrate what this opportunity would represent for Egypt, these indicators are:

El Khoury also expressed his opinion regarding the current foreign investment for Egypt’s real estate sector. He noted that the current time is very attractive for foreign investors, because it is the right time to enter the market and benefit from the growth.

Egypt is standing at the very beginning of its growth curve, and this is where the value will be created. Later, the market will have matured and the benefits will be less.

He said that the high-level simulation that they have carried-out internally at TAMEER has shown that, due to cap rate compression and rental growth, capital values may double or triple over the next two to five years.

Furthermore, El Khoury mentioned that the Egyptian economy’s indicators are showing a clear trend towards a compression of cap rates in the next three to five years. This will be a direct, mechanic consequence of the improvement of the sovereign risk of Egypt as perceived by the international institutions, and as confirmed by the economy indicators.

The consistent decrease of interest rates and discount rates by the Central Bank of Egypt (CBE) are an illustration of such improvement. The decrease of the real estate industry risk, due to the development of the sector and the structural improvement of the governmental procedures, can reasonably be forecasted as well.

Finally, the acceleration of the rental growth rate due to an increased demand will further support this compression. These mathematical parameters are those factored by real estate investors to justify their decisions.

As a member of the French Chamber of Commerce in Egypt, El Khoury mentioned that there are 165 French companies currently operating in Egypt, mostly large corporations listed on the French CAC 40 and employing some 38,000 people in the country.

The extrapolation of these figures to cover all multinational companies, as well as Grade A national corporations, gives an indication of what would be the size of the High Credit rental market in the next few years.

He pointed out that his company, TAMEER, is engaged in this new investment direction, as they have started recently their diversification towards the non-residential real estate.

This includes projects such as THE BUSINESS LOUNGE @ azad, which was launched in January as an exclusive one-building business and community lounge. Designed by Mona Hussein, the project is being developed on the edge of the AZAD residential community. The construction and the sales are currently ongoing.

TAMEER has also started working on a mixed-use development in New Cairo, on a 55,000 sqm area of land. The project is being designed by the French award winning Architecture Studio, who has signed the Institute of the Arab World in Paris and the European Parliament in Strasbourg.

They are working hand-in-hand with ACE – Moharram Bakhoum and with JLL. The project will consist of 75,000 sqm of office space and 15,000 sqm of retail, along a vibrant urban pedestrian street.