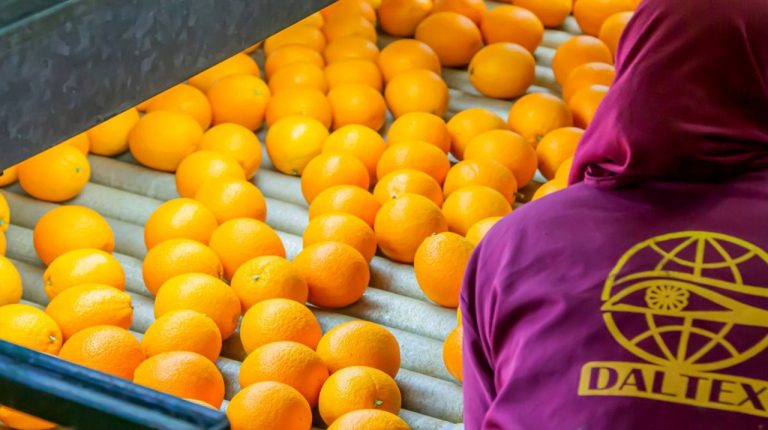 Dr Samir El-Naggar, Chairperson of Daltex, has revealed the details of Egypt’s success at penetrating the Japanese orange market for the first time in Japanese history.

He noted that the paradox of Daltex’s orange products entering that market came after competing with many companies to apply the strict standards of Japan’s agricultural quarantine and the Egyptian attempts to enter the Japanese market.

El-Naggar praised the role of Egypt’s Minister of Agriculture and Land Reclamation ElSayed ElKosayer and the Egyptian Agricultural Quarantine Department in achieving this success.

He lauded their efforts in the negotiation process that has achieved the agreement on the opening of the Japanese market, and the continued application of obligatory requirements before exporting Egyptian oranges to Japan.

He also said that this proves the transparency and cooperation between the Ministry of Agriculture and Land Reclamation and export companies, to adapt to Japanese requirements and to get Egyptian oranges into the market.

From his side, Daltex CEO Hesham El-Naggar expressed his happiness with this success, which is considered the culmination of the Egyptian state’s success in penetrating various markets. This has taken place in a way that has garnered much respect from various countries importing Egyptian agricultural products, especially the Japanese market

El-Naggar also praised the role of Minister ElKosayer and the instructions he issued regarding agriculture quarantine. He noted that the minister had also insisted on Egypt’s success at penetrating one of the hardest markets in the world.

He also clarified that the shipment of Egyptian oranges to Japan is not an individual success, but is the result of the cooperation between all Egyptian agencies, whether at ministerial level, at the level of regulatory agencies, or even customs agencies that were eager to achieve this unprecedented success.

In addition to this, the Agricultural Quarantine Department has been following the shipment updates 24/7 for six weeks until the container reached Japan.

El-Naggar once again praised Dr Ahmed El-Attar, the Director of the Egyptian Agricultural Quarantine Department, and his success at opening the Japanese market.

He noted that he had benefited from the previous experiences of the agricultural quarantine, and succeeded at improving these experiences with a creative vision that contributed to achieving this success.

The Daltex CEO emphasised that Egypt relied on proper planning to enter the market the right way since the Japanese market needs special treatment.

He said that Egypt’s success was a result of a marathon of negotiations that lasted for more than 20 years. What distinguishes the Japanese market is that it can be “promising” if dealt with the right way, since it is a “not so-easy” market.

Dr Ahmed El-Attar, the director of the Egyptian Agricultural Quarantine Department, said that the Egyptian orange managed to enter the Japanese market for many reasons. These included Egypt’s application and implementation of phytosanitary requirements for exporting citrus fruits to Japan.

These include a number of citrus fruits allowed into Japan, such as orange, lemon, grapefruit, mandarin, clementine, and murcott.

El-Attar added, “The Exporters Service Department has assigned special examination committees, other than the existing permanent ones, in the packaging house in which the mentioned shipment was packaged, which was to ensure that it is free of all traces of fruit flies and to fully supervise the implementation of all the Japanese requirements till the completion of shipping out of the packaging house.”

He also said that a number of the examinations of the shipment were applied to ensure that the fruits and packages were free from the different phases of fruit flies before the cooling process. This took place through the virtual examination of a similar sample from the shipment that is not less than 2%. In case any problems are discovered during the preparation or examination stages, the package is rejected and not allowed to be exported.

In addition, a number of measures regarding the cooling process during shipment were supervised. The containers used for export were ensured to be of the cooling type, have a real-time temperature recording system, and ensure the fruit pitch is of the temperature stipulated in the Japanese conditions.

It was also ensured that the shipment had the following documents attached: the phytosanitary certificate; the calibration record that shows the temperature details of each sensor with the signature and stamp of the agricultural quarantine inspector; and the mention of the container number, torrent customs number, date and time of the start and end of refrigeration in the examination request.

El-Attar added that opening the Japanese market was the biggest challenge for the Agricultural Quarantine Department in recent years, due to the intensive quarantine requirements from the Japanese side and the difficulty of negotiations.

However, opening this market for the Egyptian exports is considered the global quality verification attested by all countries around the world during the latest period, and also Egypt conquering the top ranks in exports as it obtained the first rank globally in exporting orange.