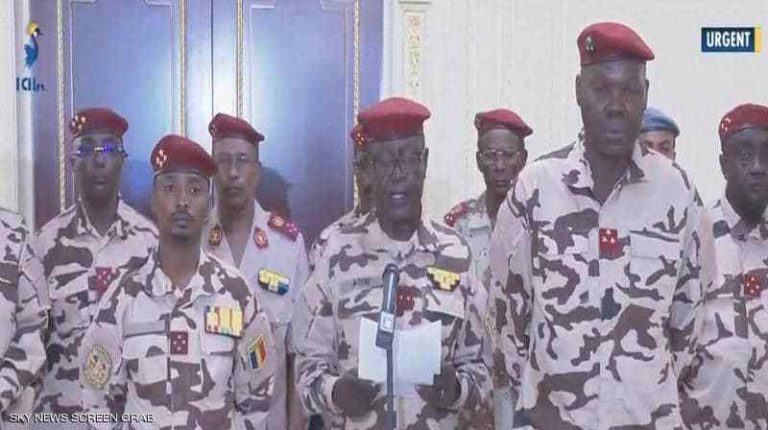 General Mohamed Idriss Déby, son of the late president of Chad Idriss Déby, announced, on Wednesday, that he will assume the duties of President.

Déby’s take over comes under a transitional charter that appointed him as the Supreme Commander of the Armed Forces.

His father was killed in battle with rebels, on Tuesday, after being reelected as President. A national funeral will be held for President Déby in the capital, N’Djamena, on Friday.

Moreover, the army announced the formation of a military council of 14 generals to lead the country for the coming 18 months.

Mohamed Déby led the Presidential Guard and worked as an assistant to the Commander of the Armed Forces.

The opposition forces and armed movements have rejected the formation of the military council headed by Mohamed Déby, while neighbouring countries expressed concern about the potential unrest.

The rebels, who launched an attack on the Chadian regime nine days ago, pledged to reach N’Djamena, and refused the formation of the transitional charter and the military council.

The Front for Change announced its rejection of the “de facto policy” and submission to “any entity that exercises power with violence”. It stressed its intention to resume the fight against the military regime that has lasted for three decades.

For his part, Egypt’s President Abdel Fattah Al-Sisi sent a cable of condolences on the death of Déby to the people of Chad, wishing peace and progress for the Chadian nation.

The Sahel countries neighbouring Chad praised Déby’s role in fighting the militants. Niger, Mali, and Sudan announced that they are following the situation in Chad with concern.

Meanwhile, UN Secretary-General Antonio Guterres sent his condolences to the people of Chad, and expressed his hopes for peaceful transmission of power.

The White House also condemned the latest violence in Chad, and expressed support for the efforts to achieve a peaceful transition of power in accordance with the Chadian Constitution.

Déby came to power in Chad following a military coup in 1990, supported by France, the former colonial power.

France considered Déby’s regime a key partner in the war against the military movements in the Sahel region, which include Mauritania, Mali, Burkina Faso, Niger, and Chad.