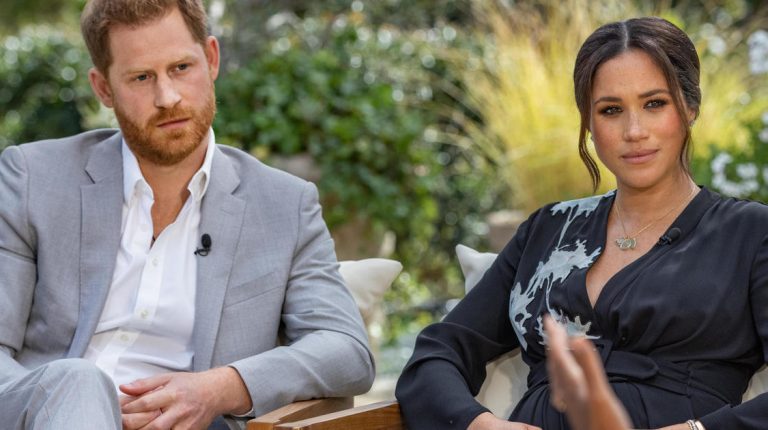 The marriage of Meghan and Harry should have brought Britain closer together, as Meghan Markle, Duchess of Sussex, the first black British princess, offered the Royal Palace a golden opportunity to address Britain’s complicated relationship with race.

But this opportunity faded due to the racism of the Royal Palace itself. For many in the black community in Britain, Meghan Markle’s marriage to Prince Harry marked the defining moment after which no denial of the presence of blacks in the UK was possible or even acceptable.

Indeed, this marriage heralded the entry of blacks into every detail of British society with endless other possibilities. Moreover, it was also because of this marriage the British monarchy enjoyed admiration, love, and respect on the international stage, and across the African diaspora.

But despite this optimistic start, the events that followed were very frustrating and contrary to all expectations, so that Meghan’s statements in her famous dialogue with Oprah Winfrey shook the confidence of black Britons in the monarchy. It also wasted important opportunities to reform Britain’s historic relationship with the black race.

This came especially after Meghan confirmed that while she was carrying her son, Archie, a conversation broke out in the palace over concerns about the possibility that the next baby’s skin colour might be dark.

She also said that once she and Harry abdicated their royal duties in 2019, they were informed that they would receive no security protection, even after Meghan wrote a letter to the royal family asking them to protect her son and Harry.

Throughout the interview, Harry stressed his displeasure at his family’s lack of support for his wife, even while she was facing a racist war by the press. Perhaps the most frustrating thing of all was when Meghan confirmed that she had contemplated suicide, as she believed it “would solve the problem for everyone”.

Everyone was expecting these statements to be harmful and destructive, but no one expected that this interview would cause a wave of theatrical works dealing with racism issues on the British stage.

This is especially since racism against blacks in Britain is one of the silent issues that is rarely covered at the level of theatrical works, in contrast to the US, where racism issues are at the top of priorities for theatrical works.

This year, the Chichester Festival Theatre, located in Chichester, Sussex, decided that South Pacific should be the festival’s centrepiece.

The Chichester Theatre is one of the UK’s leading regional theatres with an international reputation for producing works of the highest quality. The Festival Season usually runs from April to early December, and includes productions from classics to contemporary writing and musicals, reaching an audience of 230,000.

Productions originated at Chichester frequently transfer to London or tour nationally and internationally.

The musical South Pacific, composed by Richard Rodgers, with lyrics by Oscar Hammerstein II and book by Hammerstein and Joshua Logan, is at first glance a romantic musical, but it does address the issue of race powerfully. It discusses how we are usually attracted to people who are very different from ourselves.

This is what makes the choice of this play so controversial, especially at this critical time in the UK. The work premiered in 1949 on Broadway and was an immediate hit, running for 1,925 performances. The musical has been commended for its sensitive and courageous treatment of racial prejudice, and its advocacy for tolerance and global humanity.

It is often celebrated because it represents interracial romance and the elimination of the differences that separate ethnic groups (on the musical stage at least).

In the second act of the play, for example, Lieutenant Joe Cable sings You’ve Got to Be Carefully Taught, a song about racial prejudice. Rodgers and Hammerstein were advised repeatedly to remove this song, which many considered too controversial, to a sermon, or simply inappropriate in a musical.

And this controversy has been raised about the song since the play’s premiere in 1949 until today, as this song still raises a lot of controversies, but the makers of this wonderful theatrical work resisted the pressure.

James Michener, the author of the book on which the play was based, once stated that this song was the real reason they wanted to do this play.

Besides Chichester Theatre Festival, there are also many theatres in London with shows that actively raise issues of racism, which is relatively new to theatres there.

For example, the Soho Theatre presents a play titled Typical by Ryan Calais Cameron. The play follows the true-life story of black British ex-serviceman, Christopher Alder, and the injustice he has faced. The Almeida Theatre also presents a play entitled Hymn by Lolita Chakrabarti.

The play is a closer look, reviewing the tragedies that befell black men who see racism as their least problem. Such serious theatrical performances cannot be overlooked.

It is also impossible to deny their influence on the public, especially after racism has become a controversial topic in this quiet country, so can the coming days witness mass demonstrations against racism in Britain like the ones that are always taking place in the US.