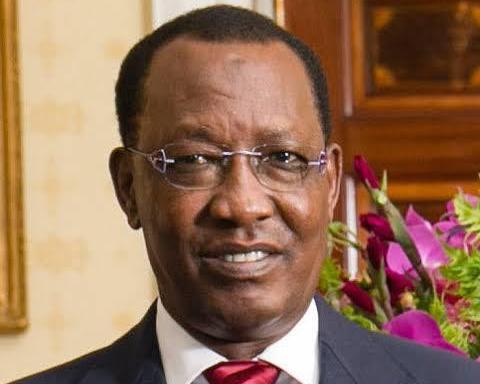 Chad’s President Idriss Deby has died of his injuries following clashes with rebels in the north of the country, the army announced on Tuesday.

The announcement came a day after the 68-year-old president, who has spent three decades in power, was proclaimed the winner of an election that had given him a sixth term in office.

Egypt’s President Abdel Fattah Al-Sisi offered his sincere condolences to Chad on the death of Deby. Al-Sisi sent a message, mourning the wise leader who has given a lot to his people and his country.

Al-Sisi asserted that Deby made a lot of efforts to serve African causes against many challenges.

He prayed to God to inspire his family with patience and solace, wishing all peace and progress for Chadian people.

The Chadian army said that Deby was injured while commanding troops on the frontlines, as militants were heading towards the capital.

Deby “has just breathed his last breath defending the sovereign nation on the battlefield”, army spokesperson General Azem Bermandoa Agouna said in a statement read out on state television.

The government and parliament have been dissolved. Meanwhile, a curfew has also been imposed across the country, and the borders have been shut.

Deby had ruled Chad with an iron fist for 30 years, but was a key ally in the West’s anti-jihadist campaign in the troubled Sahel region.

The army said a military council led by the late president’s 37-year-old son, Mahamat Idriss Deby, a four-star general, would replace him for the next 18 months.

On Monday, the army had claimed a “great victory” in its battle against the rebels from neighbouring Libya, saying it had killed 300 fighters, with the loss of five soldiers in its own ranks during eight days of combat.

Deby’s latest election victory, having taken almost 80% of the vote, had never been in doubt, with a divided opposition, boycott calls, and a campaign in which demonstrations were banned or dispersed.

The latest clashes began on Saturday. An army general told the Reuters news agency that 300 insurgents were killed and 150 were captured. Five government soldiers were killed and 36 were injured, he said, although the figures could not immediately be verified.

Some foreign embassies in the capital have urged their staff to leave.

The capital, N’Djamena, has come under rebel attack before, and there was panic in the city on Monday, with parents taking their children home from school as tanks were deployed along the main roads.