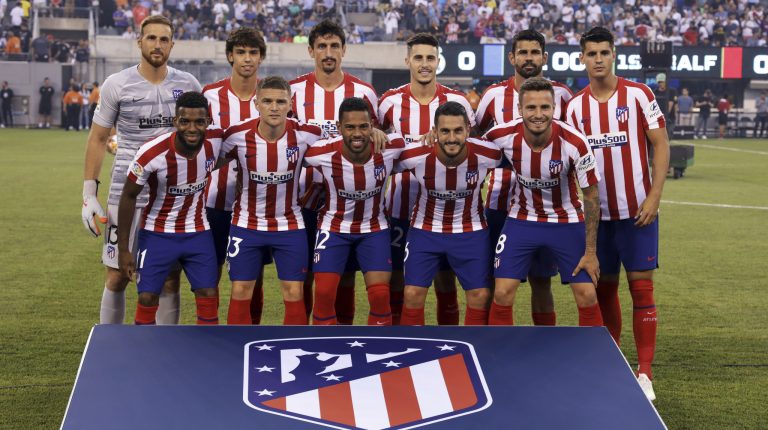 Football fans are set to turn their attention to Spain’s La Liaga, on Thursday, as Atlético Madrid is striving alone at the La Liga summit, and Barcelona follows in pursuit of the lead.

At 7 pm on Thursday, Atlético Madrid will host Huesca at the Wanda Metropolitano stadium, in the 31st round of La Liga matches.

Atlético Madrid seeks to maintain the lead and push off from the pursuit of Barcelona and Real Madrid, the closest teams competing for the Spanish League title.

Technical Director Diego Simeone helped the team confirm its big victory over Eibar in the last round, with five clean goals, highlighting that he still has “the spirit of the champion”. Meanwhile, Roki Blancos hopes to devour Huesca, to consolidate the lead in the La Liga.

Simeone is hoping to restore some of his players who were unable to participate in the previous confrontation with Eibar, such as Frenchman Thomas Lemar.

On the other hand, the Huesca team succeeded in improving its ranking in the past period. Atlético Madrid are at the top of the Spanish League with 70 points, while Huesca are in the 17th place with 27 points.

In another match, Barcelona will clash with Getafe at 10pm, with the match scheduled to take place at the formidable Camp Nou stadium.

Barcelona coach Ronald Koeman seeks to take advantage of the Catalan awakening, after the team won its 31st King’s Cup at the expense of Bilbao.

The Dutchman hopes the Catalan team’s leadership will help it return to positive results in the league, after falling to Real Madrid with two goals to one.

Barcelona loses the services of its striker Martin Braithwaite after he sprained his ankle, which will keep him from part of the remaining campaign to compete for the Spanish League title.

The team ranks third in the Spanish League standings with 65 points, while Getafe ranks 15th with 31 points.

And at exactly 9 pm, the Nuevo Los Carmenes stadium will host a match between Granada, which is ranked in 8th place with 39 points, and Eibar, which is trapped in the La Liga standings with 23 points.

At the same time, Real Sociedad, 7th in the rankings with 47 points, will host Celta Vigo, which stands at 10th with 38 points.