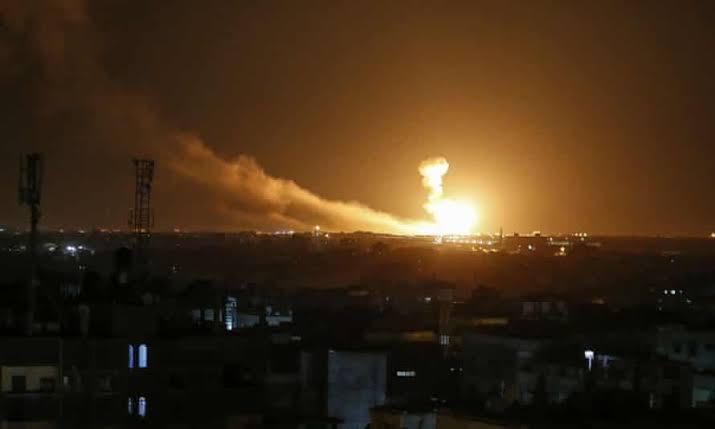 The incident followed by massive explosions that could be heard throughout Israel. The Israeli army said the sirens were set off not by a direct attack on a target within Israel but by a Syrian anti-aircraft missile that had been fired against Israeli aircraft.

In a further statement, the Israeli army said a preliminary investigation showed that Israel’s anti-missile systems had not carried out an interception of the projectile.

In response, Israel launched further overnight attacks inside Syria, targeting several missile batteries, including the one that fired the missile.

“Air defences intercepted the rockets and downed most of them,” it said. Four soldiers were injured in the attack and there was some material damage, the report added.

A Syrian military defector said the Israeli strikes targeted locations near the town of Dumair, some 40 km, north-eastern Damascus, where Iranian-backed militias have a presence. It is an area hit repeatedly in past Israeli attacks.