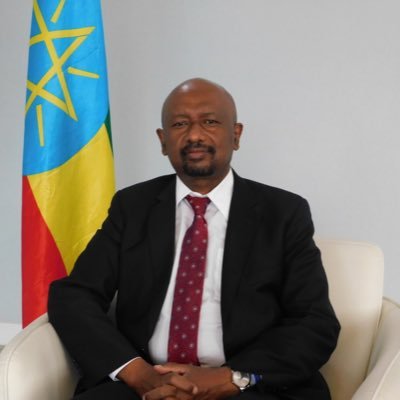 Egypt and Sudan have renewed their aim to hold a new round of negotiations on the controversial Ethiopian dam project, following the failure of last round of talks in the Democratic Republic of the Congo (DRC).

The African Union (AU)-led talks had failed to reach a binding agreement for the process of filling the Nile Dam. Egypt had previously described the talks, which took place in the DRC capital, Kinshasa, as the last chance to resolve the dispute on the Grand Ethiopian Renaissance Dam (GERD).

Egypt also affirmed its aim to continue negotiations on the dam, in order to avoid any negative repercussions on both itself and Sudan, and to prevent any tension that leads to instability in the region in last diplomatic moves during the past few days.

Meanwhile, Khartoum renewed its call for the UN Security Council to intervene and stop the second filling of the dam. Ethiopia insists on moving forward with the filling during the next rainy season, without a binding legal agreement with Egypt and Sudan.

This comes while Ethiopia remains firmly ensconced in its stance confirming that it will continue the second filling of the Nile Dam and upcoming elections. These come despite internal and external forces combining to threaten the country’s internal stability.

Ethiopia previously denied that the second filling of the GERD poses any potential damage to the two downstream countries, Egypt and Sudan, whilst claiming that it in fact protects Sudan from the risks of flooding.

Sudan is pushing towards negotiations sponsored by the United Nations (UN), the US, the AU, and the European Union (EU). Whilst Egypt supports this demand, Ethiopia opposes it, with the former also warning it could take legal action against Ethiopia if it goes ahead with plans to fill the mega-dam on the Blue Nile without a deal.

Sudan’s Minister of Water Resources and Irrigation Yasser Abbas wrote in a Tweet that Ethiopia has raised “objections” to an invitation by his country to attend tripartite talks to discuss the controversial dam.

The tension between Addis Ababa, on the one side, and Cairo and Khartoum on the other, has reached a critical level, with Ethiopia announcing the date for the second filling of the dam. This comes in a move that Sudan considers an imminent threat, and which Egypt fears would have a negative impact on its share of River Nile waters.

While tensions are arousing among the three countries, Washington announced the appointment of Jeffrey Feltman as special US envoy to the Horn of Africa. Feltman stressed that the GERD file would be on his list of priorities, amid questions about the chances of success of US diplomacy this time after its efforts failed last year.

Diplomatic efforts by Egypt and Sudan

During the tour, he presented special messages from President Abdel Fattah Al-Sisi, to explain the developments on the Nile Dam file, and to encourage support for the path of reaching a binding legal agreement. The countries Shoukry visited included: Kenya; the Comoros; South Africa; the DRC; Senegal; and Tunisia.

In recent hours, Khartoum has intensified its contacts with international parties in order to clarify its concerns about Ethiopia’s step in the second filling of the dam lake by 13.5 billion cubic metres (cbm), which Ethiopia intends to start implementing within the next two months.

On 22 April, Abbas met with the Chargé d’Affaires of the US Embassy in Khartoum, who expressed his understanding of the Sudanese position and his country’s desire to reach a satisfactory agreement for all parties.

Abbas said that time is running out without a legal agreement on the dam, which Ethiopia is building 15 km from the Sudanese border at a cost of $5bn. With storage capacity estimated at 74 billion cbm, 10 times the Sudanese Roseires Reservoir dam, which is 100 km from the Ethiopian dam, this increases concerns.

These concerns relate to the safety of the Sudanese dam in the absence of a binding agreement that includes tight mechanisms for coordination and exchange of data.

According to Abbas, Ethiopia’s unilateral steps could pose a threat to the safety of Sudan’s water installations, the country’s citizens, and all economic activities on the banks of the Nile and its tributary, the Blue Nile.

Ethiopian Deputy Prime Minister and Minister of Foreign Affairs Demeke Mekonnen called on the UN Council, urging Egypt and Sudan to return to the tripartite negotiations on filling and operating the dam.

He accused the two countries, without evidence, of trying to internationalise the issue whilst avoiding negotiating in good faith.

This comes while Ethiopia repeated the attempt to impose a fait accompli in the crisis, with a Tweet by the country’s Prime Minister Abiy Ahmed confirming that “the second filling of the Dam will take place during the rainy season in July and August”.  He claimed that this step will prevent floods in Sudan

In this context, Ethiopia’s Minister of Water, Irrigation and Energy, Seleshi Bekele, said that the GERD was designed in a way that does not cause any kind of damage to the downstream countries.

Bekele pointed out that “the two lower ports have the ability to complete the withdrawal of 50 billion cbm, which is the average annual flow of the Nile River”. He also said that the lower exits of the recently completed dam have started work with a total capacity of 1,860 cbm/second.

He indicated that “when 13 turbines are started, each of them allows a flow of 330 cbm of water per second, which will allow a large amount of water to the downstream.”

Bekele added that the development of the dam is “reassuring”, referring to “the safety and quality of the attached structures”. He stressed that “completing the bottom outlets guarantees the continuation of water flow to the downstream countries, and supports the flood of the Nile”.

According to the Ethiopian minister, the capacity of each outlet in the dam is 930 cbm/second, with a total capacity of 1,860 cbm/second, indicating that this means “that the two meet together to drain the entire course of the Nile River within a year”.

The latest satellite imagery revealed Ethiopian efforts to drain the middle passage of the dam, by stopping the passage of water through it, and this coincided with diverting water to rush from the two upper gates only.

The drying process following the concrete pouring in the middle corridor is paving the way to raise it to 595 metres above sea level, making the corridor ready to store more than 18 billion cbm by next July.

Regarding this procedure, Egypt’s Ministry of Water Resources and Irrigation says that Ethiopian claims the two low exits will be able to pass the amount of water that the two downstream countries want is incorrect. According to the Ministry, the current capacity of the two mills, which does not exceed 50 million cbm, does not meet the needs of the two downstream countries.

An armed group took control of a province in western Ethiopia, on Thursday, which resulted in the deaths and kidnapping of civilians.

The Human Rights Commission appointed by the Ethiopian Government announced that an armed group had taken control of the Siddal Ooredoo district in the Kamashi region of Benishangul-Gumuz, in western Ethiopia.

The Commission said that the area has, since 19 April, fallen almost completely into the hands of the armed group, although it did not mention the name of the group or the party affiliated with it, according to the Reuters news agency.

The Sidal Ooredoo county is home to about 25,000 people, according to the commission’s statement released on Wednesday evening.

The $4bn GERD project is located in the Benishangul-Gumuz region, and Ethiopia hopes that the dam will contribute to the production of electricity and raise the country’s economic situation.

The region, which has witnessed increasing attacks against civilians, is home to a number of ethnicities, such as Gomuz, Overs, Chansas, and Amhara.

Residents who fled the area said that the armed group had burned and looted public and private property, and that the district administration and local police had fled the area.

In its statement, the Commission indicated that there are other reports of the killing of civilians and public employees in the region. It added that the number of militants exceeds the number of regional security forces, including forces in the vicinity.

In the past few days, Ethiopia has witnessed clashes between different ethnicities, such as those between Tigrayans and the Ethiopian army, and other clashes between the Oromo and Amhara ethnic groups.

Fears and hopes of involved countries

Egypt believes that the Ethiopian stance to control the dam without agreements or restrictions serves as an existential threat to the Egyptian people.

Fears are also mounting about the destruction of Egypt’s already small agricultural area and the decrease in water quotas allocated for drinking, as Egypt relies on the River Nile for more than 90% its water needs for everyday life and various activities.

Meanwhile, Sudan fears that the Roseires dam, one of the most important sources of irrigation and electrical generation for the country, will be affected by the shortage of water resources that will reach it through Ethiopia. This is in addition to the expected impacts on the country’s agricultural sector.

Ethiopia sees the huge dam as a means for economic development and lifting the country out of poverty. It further accuses “Egypt and Sudan of seizing their right from the waters of the Nile, which caused the state of poverty that it has suffered from for so long.”

There are public concerns on the final solution that Egypt or Sudan can resort to in order to preserve their rights after 10 years of disappointment in GERD negotiations due to Ethiopian intransigence.

Several experts said that Cairo and Khartoum should take swift measures, at the legal and military levels, to deter the Ethiopian attempts, such as destroying the GERD.

Others also see the need for Egypt to review its relations with some countries, which “play against the interests of Egypt and Sudan.”

Mohamed Hussein, Professor of International Relations at Cairo University’s Faculty of Economics and Political Science, said that the current situation is very dangerous. He noted that Ethiopia must bear the result of its intransigent positions through a harsh response.

“If I were the decision maker, I would not be silent on that,” Hussein said, “I would have destroyed the dam even if the US were standing on it.”

He pointed out that Egypt’s diplomatic language in every statement does not directly talk about war, but instead talks about peace and negotiation, as does Sudan. However, this does not mean dropping other options in dealing with the crisis.

He added, “We have before us in this situation, either to resort to the UN Security Council, and I do not know why we are so late, or resorting to the International Court of Justice and this will not work.”

Hussein noted that this was due to Ethiopia’s need to accept the mandatory jurisdiction of the court before the conflict arose, and there is no evidence of its having done that.

He noted that, without accepting this jurisdiction, no state can sue another before the International Court of Justice. Instead, we can take the crisis file to the Security Council under Chapter Seven, because the water issue has become a threat to international peace and security.