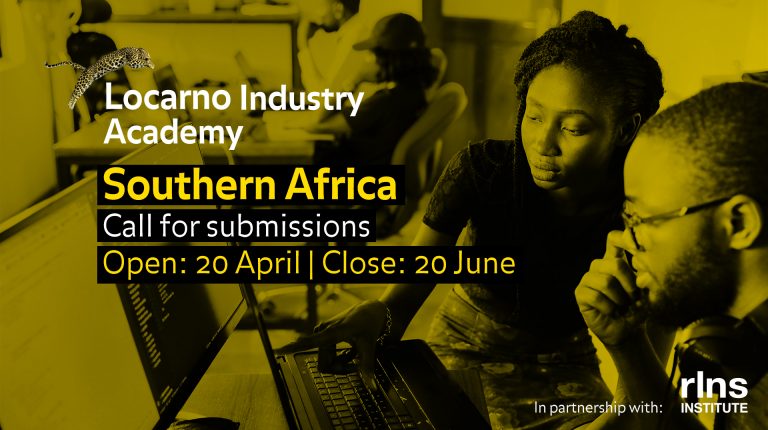 The Locarno Film Festival has announced the first edition of the Southern Africa-Locarno Industry Academy, in collaboration with the Realness Institute of Africa.

The 2021 edition of the ongoing training project for young film industry professionals will take place online from 26 September to 2 October 2021, and will welcome participants from all over Africa.

The Locarno Industry Academy is the workshop of Locarno Pro, the Festival’s industry section, dedicated to young professionals working in sales, traditional or online distribution, theatrical exhibition, and programming for festivals, film clubs, and archives.

This year, the workshop is to extend its global reach to Africa for the first time, via a new partnership with the Realness Institute. The project offers a tailored programme featuring masterclasses and meetings with internationally established professionals.

The aim is to enhance participants’ understanding of the challenges facing the film industry, whilst allowing them to expand their personal network of contacts, and develop their professional skill set.

Markus Duffner, new Head of Locarno Pro, said, “We’re thrilled to launch the first industry academy in Africa. The Southern Africa-Locarno Industry Academy will allow us to introduce our programme for young professionals in this region.”

“Participants will be able to connect with Industry Academy alumni in Latin America, the Middle East, the USA and Europe, joining an international network of future industry players,” he added.

Mehret Mandefro, Director of Development and Partnerships at Realness Institute, said, “The dearth of film sales agents, distribution professionals, and film programmers, is a glaring gap in the local media ecosystems in Africa and prevents those markets from operating efficiently.”

He noted, “Partnering with the Locarno Industry Academy to fill this gap is an exciting opportunity to build strength where we need it most in the local markets.”

The debut edition of the Southern Africa-Locarno Industry Academy will take place online from 26 September to 2 October 2021, and will host 10 to 12 participants from all over Africa. As of 20 April, applications are welcomed from all young professionals wishing to take part.

The Locarno Industry Academies are developed along common lines, supervised by Project Manager Marion Klotz. They offer a unique training programme with a distinctly international vocation.

At the same time, the presence of a regional project manager ensures that issues specific to the region are analysed and addressed, so as to foster genuine growth of local professional skills.

For the Southern Africa-Locarno Industry Academy the role of regional manager will be taken up by Elias Ribeiro, Executive Director of the Realness Institute and Founder of Urucu Media.

Ribeiro said, “I look forward to working with the Realness and Locarno teams in making this experience as localised and relevant to the African realities in distribution as possible.”

“We will become more independent as content makers once we figure out ways to reach audiences across the continent of Africa. It is a huge, complex and untapped market,” he added, “We are honoured to play a role in building more bridges and networks through this initiative.”

Launched by the Locarno Film Festival in 2014, the Industry Academy has expanded considerably on the international scene, offering workshops in partnership with major festivals and film institutions.

These included: in Mexico with Morelia IFF; in Brazil with BrLab; in Chile with Australab; in Panama with the International Film Festival Panama; in Greece with the Thessaloniki IFF; in the US with Film at Lincoln Center in New York; and in Lebanon with MC Distribution and BCP in Beirut. The Locarno Industry Academy currently has more than 300 alumni from all over the world.