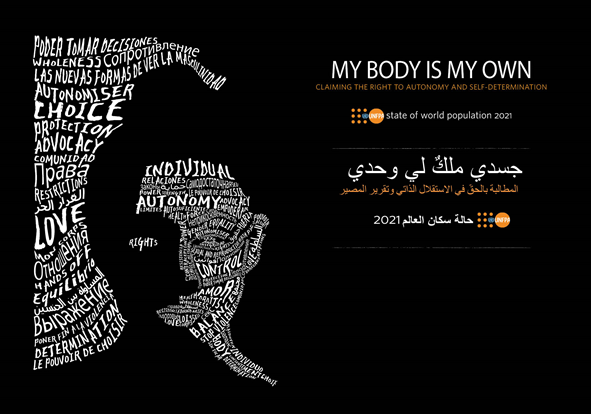 Nearly half of women in 57 developing countries are denied the right to seek healthcare services, according to the 2021 flagship State of World Population report published by the United Nations Population Fund (UNFPA).

These services include sexual and reproductive health and family planning services, the report noted.

For the first time, a UN report focuses on bodily autonomy, covering the power and agency for women to make choices about their body, without fear of violence or having someone else decide for them. This lack of bodily autonomy has massive implications beyond the profound harms to individual women and girls.

Through this ground-breaking report, UNFPA measures both a woman’s power to make her own decisions about her body, and the extent to which countries’ laws support or interfere with a woman’s right to make these decisions. The data show a strong link between decision-making power and higher levels of education.

The report showed that only 55% of women are fully empowered to make choices over health care, family planning, and the ability to say yes or no to sex.

It also revealed that only about 80% of countries have laws supporting sexual and reproductive health and well-being.

The report said that only about 56% of countries have laws and policies supporting comprehensive sexuality education.

“The fact that nearly half of women still cannot make their own decisions about whether or not to have sex, use contraception, or seek health care should outrage us all,” said UNFPA Executive Director Natalia Kanem, “In essence, hundreds of millions of women and girls do not own their own bodies, and their lives are governed by others.”

Luay Shabaneh, UNFPA Arab States Regional Office Director, said, “Not all women and girls are aware of their rights to decide on their own bodies, including opposing female genital mutilation (FGM), and child marriage, but educated women and girls are more likely to practice these rights and combat sexual violence.”

Laila Baker, Regional Director for Arab States at the UN Development Coordination Office, said that there is no empowerment of women without bodily autonomy.

While economic and social equality are widely accepted as the pillars of good development practice, no true empowerment and freedom from exploitation and abuse can materialise until a woman has full control over her sexual and reproductive choices, she added.