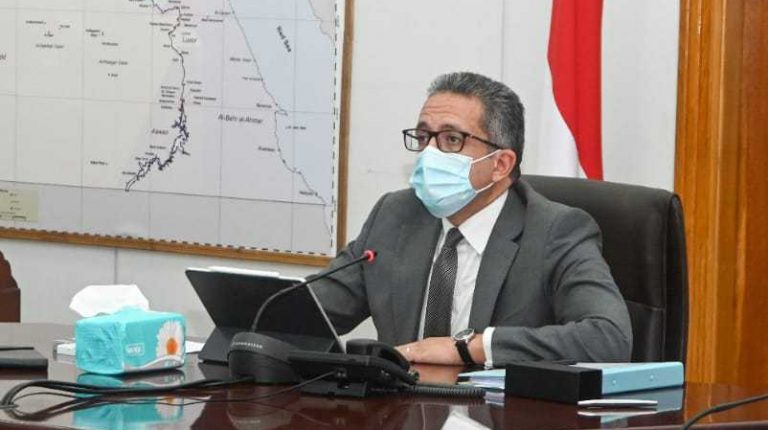 The committee has been asked to put forward advanced, effective methods for doing this, targeting the exporting markets that are promising for Egyptian tourism during the coming period, including the Russian market.

El-Anany’s remarks came during his meeting with the Tourism Promotion Experts’ Committee, in the presence of: Ghada Shalaby, Deputy Minister for Tourism Affairs; Ahmed Youssef, CEO of the Egyptian Tourism Promotion Board (ETPB) and Chairperson of the Committee; as well as representatives from travel and tourism companies and agencies, and the Chamber of Hotel Establishments.

During the meeting, a number of topics were discussed, including ways to promote tourism to Egypt in a number of international markets, including in Russia.

El-Anani referred to his meeting with the Russian Ambassador in Cairo, Çyurchi Borisenko, during which he confirmed the readiness of Egypt’s tourist destinations to receive international tourists.

This comes especially in light of Egypt’s commitment to apply health safety controls and preventive and precautionary measures to ensure the safety of citizens, tourists, and workers in the tourism sector.

The minister emphasised that the process of vaccinating workers in the tourism sector against the novel coronavirus (COVID-19), which began in the governorates of South Sinai and the Red Sea, is in full swing.

The vaccination programme is taking place in cooperation with the Ministry of Health and Population and the Chamber of Hotel Facilities, until the vaccination of all workers is completed during the next few period.

During the meeting, the new logo designed by the Ministry of Tourism and Antiquities, in cooperation with the Egyptian Federation of Tourist Chambers, was also approved. The logo will be applied to distinguish those Egyptian hotels that have vaccinated all their employees.

Discussions were also held on the proposal to prepare badges with this logo that will be worn by workers who have received the vaccination. This new logo uses the health and safety slogan launched by the Ministry of Tourism and Antiquities last May, with some amendments made to it, which clarifies the vaccination of all employees of this hotel facility.

During the meeting, the possibility of organising tourist caravans in a number of tourist markets during the coming period was also discussed. This includes the Russian market, with the discussions taking place with the participation of government and private tourism sector representatives.

In addition, they discussed the possibility of organising workshops and familiarisation trips (famtrips) for a group of tour organisers and a number of journalists, media professionals and influencers from these markets.

This would include the preparation of short video films reviewing the different tourism experiences of some tourists visiting the cities of Sharm El-Sheikh and Hurghada. During the videos, they will talk about health safety controls and preventive measures applied in Egypt, with the videos to be posted on social networking sites.

El-Anani pointed out that his ministry is currently working, for the first time, on preparing an electronic database that includes an archive of photos and promotional films for all governorates and various tourist and archaeological sites.