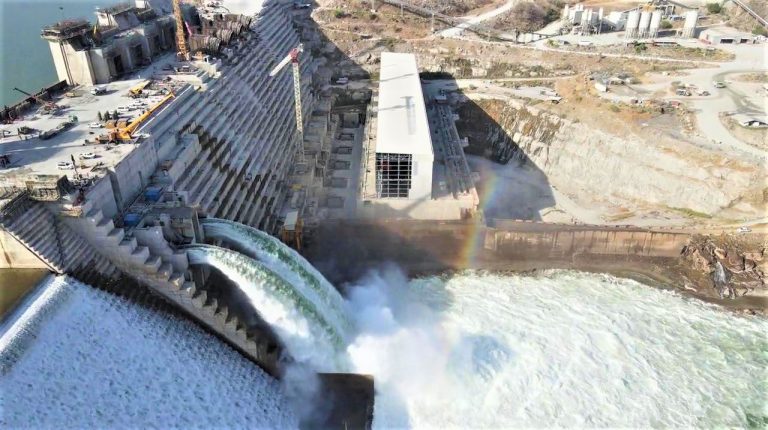 Threats made by downstream countries regarding Ethiopia’s Blue Nile dam are “useless”, according to Dina Mufti, Spokesperson for Ethiopia’s Ministry of Foreign Affairs.

Mufti’s comments were directed at Egypt and Sudan, who have expressed displeasure over the controversial dam.

During a media briefing on Tuesday, Mufti accused the two downstream countries of not wanting the African Union (AU) to succeed in ending negotiations on the disputed points regarding filling and operation of the Grand Ethiopian Renaissance Dam (GERD).

He claimed that both Egypt and Sudan were prolonging the negotiations during the last period, as “they left the talks nine times”.

Early in April, Egypt officially announced the failure of the latest round of negotiations on the Ethiopian dam, which were held in the capital of the Democratic Republic of Congo (DRC), Kinshasa, on 4-5 April.

Both Egypt and Sudan announced their intention to resort to the UN Security Council to help resolve the issue. The move is aimed at preventing Ethiopia from taking any unilateral actions that may cause harm to the downstream countries.

Regarding the historic Nile water agreements, including the 1929 agreement between Egypt and Britain, Mufti said that they are “unacceptable and unreasonable”.

The 1929 agreement stipulates that no works should be established on the river without prior agreement with Egypt.

Despite the Ethiopian side pushing the colonialism debate, Egypt’s historic right in River Nile waters is based on the agreement signed in 1902 between Great Britain and an independent Ethiopia under Emperor Menelik II.

Under this agreement, Ethiopia vowed not to construct, or allow the construction of, any work across the Blue Nile, Lake Tsana, or the Sobat which would arrest the flow of their waters into the River Nile. The exception to this would be if there were agreement with Egypt and Sudan.

Egypt also relies on the 1993 agreement, called the “Framework for general cooperation between Egypt and Ethiopia”. This highlights the need to address the use of River Nile waters in detail by experts from both countries based on international law.

“Each party shall refrain from engaging in any activity related to the Nile waters that may cause appreciable harm to the interest of the other side,” according to Article 5 in the 1993 agreement.

Ethiopia ignores the 1902 and the 1993 agreements, as well as the 2015 Declaration of Principles. Instead, it only refers to the 1929 agreement between Egypt and Great Britain. Addis Ababa argues that these agreements are “invalid” and “unfair”.

On 19 April, Ethiopia’s Prime Minister Abiy Ahmed called upon the AU to host a meeting with the three parties involved in the GERD negotiations, to break the deadlock.

In a letter to Sudan’s Prime Minister Abdullah Hamdouk, Ahmed said that the way forward on the GERD negotiations is to request that AU and DRC President Felix Tshisekedi hold a meeting of the AU’s Assembly Bureau.

He added that his country “believes that the Assembly should reinitiate the direction given to the tripartite last year in July during South Africa’s chairmanship, to finalise the text of the guidelines and rules on the first filing and annual operation of the GERD, and then to report back to the Bureau of the Assembly”.

According to the Ethiopian remarks, Addis Ababa still refuses to involve international parties in the talks. Ethiopia previously rejected the mediation of parties outside the AU in negotiations, as Sudan proposed an international quartet, including the UN, the EU, the US, and the AU.