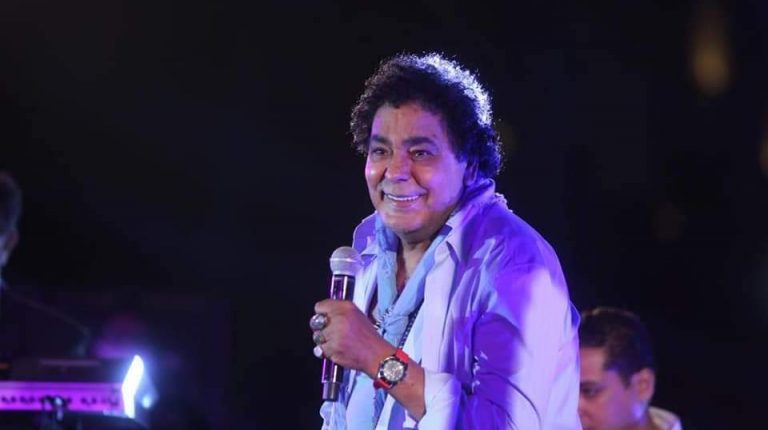 Mounir is affectionately known by his fans as “The King”, in reference to his album and play El Malek Howwa El Malek (“The King is The King”).

The concert in presented a number of Mounir’s most famous songs, including Ahmar Shafayef (“Lipstick”), Ya Samra, and Ashky le meen, and was held under the patronage of Minister of Culture Ines Abdel Dayem and the Egyptian Opera House.

The concert was held at the Fountain Open Theater to celebrate the 39th anniversary of the Sinai Liberation Day.

During the concert he greeted the Palestinian people, whilst performing his famous song El-Emara. The ceremony was attended by the German Ambassador in Cairo Cyrill Nunn, and a number of public figures.

The concert highlighted Mounir’s position as a well-respected singer and artist, represented by his singing a set of his famous works that helped him achieve his stardom and became milestones in the history of Egypt’s contemporary creativity.