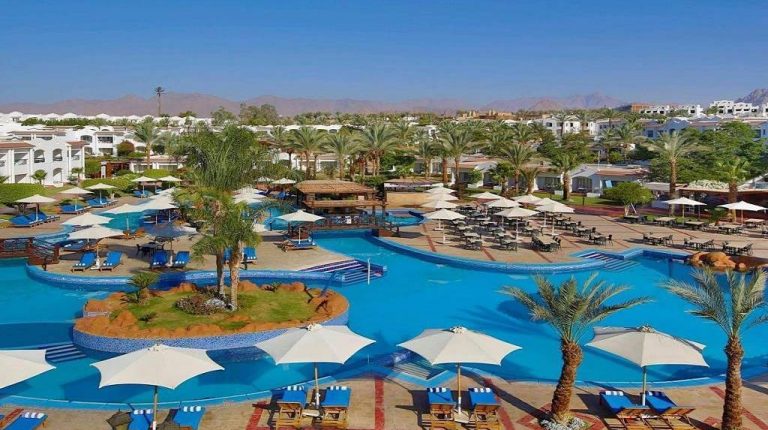 Egypt and Russia have agreed to resume all flights between the two countries, but particularly to the Red Sea cities of Hurghada and Sharm El-Sheikh.

The resumption of flights was agreed upon during a phone call between Egypt’s President Abdel Fattah Al-Sisi and his Russian counterpart Vladimir Putin, according to a statement by Egypt’s Presidency on Friday.

Meanwhile, Russia’s Interfax news agency recently revealed that flights between Egypt and Russia could resume as early as the second half of May.

Notably, the resumption comes after a hiatus of over five years, as Russia imposed a travel ban on Egypt following the downing in Sinai of a Russian passenger plane, in late October 2015, in which all passengers were killed.

In January 2018, the Russian government gave permission for regular flights to resume to Cairo International Airport after a two-year break, with Russian flights from Moscow returning to Cairo in April.

The stakeholders see this decision as a catalyst for a number of other markets around the world to allow for resumed travel to Egypt.

“I think that the official announcement of the resumption of Russian charter flights to the Egyptian resorts after five years of hiatus is a wonderful and joyful thing for everyone, as the Russian market is huge and is thirsty for travel and the Russian people are adventurous that are not affected by the events like other peoples,” said Said El Batouty, an economic adviser at the United Nations World Tourism Organization (UNWTO) and member of the UN Economic Commission for Europe.

Speaking to Daily News Egypt, he added that the return of normal Russian flights will definitely be a catalyst for a number of other markets to resume flights to Egypt. These include markets such as the Commonwealth of Independent States (CIS), including Ukraine, Belarus, Moldova, Uzbekistan, Kazakhstan, Georgia, Turkmenistan, and others.

El Batouty said that the return of Russian tourists will undoubtedly help hotels in the Red Sea region and tourism companies to operate during the coming period, until matters stabilise.

He also said that although the third wave of the novel coronavirus (COVID-19) is now having a very negative impact on global demand, it will come to an end. He believes that international tourism will remain volatile and will continue to suffer until next September, until a predominant proportion of the exporting and receiving societies of the tourism movement is vaccinated. It is only then that things will settle down.

Meanwhile, the Egyptian Junior Business Association (EJB) has revealed that 6 million tourists are expected to arrive in Egypt by the end of 2021. This entails that there should be a service upgrade towards providing better sustainable tourism.

Mohamed Kaoud, President of the EJB’s Tourism and Aviation Committee, praised the Minister of Tourism and Antiquities decision to set a minimum price for 4-star and 5-star rooms. The decision, which will be implemented in November 2021, will help raise the quality of Egypt’s tourism and services available in Red Sea cities.

Notably, the decision stipulates that the minimum price per night of any type of accommodation for an individual in hotels is subject to the provisions of Law No 1 of 1973. It is set at $40 in five-star hotels, or its equivalent, and $28 or its equivalent in four-star hotels. The decision is scheduled to take effect starting 1 November 2021.

“We are expecting that after the resumption of Russian aviation and such decisions, Egypt will receive 40% of the total number of tourists [13 million] who visited the country in 2019, which is estimated at 5 to 6 million tourists by the end of 2021,” Kaoud said.

Hesham El Damery, former chairperson of the Egyptian Tourism Promotion Board (ETPB) also praised the flight resumption decision, stating that Russia is a huge tourism exporter. As a result, when it decides to return its confidence to the Egyptian tourism market, it will, as a result, stimulate visitors from many other countries to come and visit Egypt.

Speaking to Daily News Egypt, El Damery said that there should be no expectation that the numbers of Russian visitors will quickly return to those levels achieved between 2010 and 2015. He mentioned that it will take at least two years for this to happen. Notably, Russia was ranked as the number one exporter of tourists to Egypt.

El Damery said that there are three reasons for this expectation. First, Russian tourists that have been previously in Egypt were travelling using charter flights. He now expects these visitors to travel using low-cost or regular flights, with the use of charter flights to return only gradually.

Second, he said that due to the COVID-19 pandemic, the world will not depend on the quantity of tourism, but rather the quality. Thirdly, travel will also be expensive for people, bearing in mind the economic repercussions of the pandemic.

El Damery said that Egypt should bear in mind that most Russian tourists have not visited Egypt since 2015, so they are thirsty to visit Egypt. However, these services must, in return, provide quality due to the more discerning taste.

He added that Russian tourists have travelled to different destinations during the five-year stoppage of flights to Egypt. As a result, they will compare the quality of the tourism product, ensuring that Egypt must pay great attention to the quality and training factor and to ensure the tourist finds a perfect tourism product.

“We must make use of e-platforms to market and promote, rather than relying solely on tour operators and charter flights, and we must combine beach and cultural tourism together,” he said.

El Damery praised the great efforts made by the Egyptian Government during the years of the hiatus, stating that Egypt was able to attract alternative markets to Russia.

He said that, since 2015, Egypt began to attract non-traditional markets, including visitors from Ukraine and Poland. He also noted that before 2014, only four markets represented more than 75% of Egypt’s annual tourism revenues, namely Russia, Germany, England, and Italy.

Some people’s disasters are other’s benefits

Earlier this month, Russia suspended most of its flights to Turkey until 1 June, blaming the rise in COVID-19 infections in the country. In this context, El Batouty and El Damery said that Egypt has to take all the benefits it can from this, as there are hundreds of Russians who have had their vacation plans scuttled.

El Batouty said that, in recent months, Egypt and Russia have made contact at the highest level, including the personal intervention of President Al-Sisi regarding the settlement of the case related to the Russian plane.

This case had been filed by the company that owns the Russian plane and the families of the victims in the International Court of Justice in The Hague. An agreement was formed in the past few days regarding the case and its settlement, which removed the main obstacle for the return of Russian tourism to Egypt.

Indeed, it has been officially announced that charter flights to the Red Sea tourism hotspots of Hurghada and Sharm El-Sheikh, which have been suspended since 2015, will resume.

Some experts have linked this move to Russia’s suspension of charter flights to Turkey in mid-April (tentatively until 1 June), which the Russian Government said was due to the sharp rise in the number of COVID-19 cases in Turkey. Experts, however, assume that power politics also plays an important role in the matter.

In 2015, Russia ordered a boycott of tourism to Turkey after the latter’s army shot down a Russian fighter plane on the border with Syria. The boycott was lifted after Erdogan travelled to Moscow and apologised for shooting down the plane.

El Batouty said that Turkish tourism experts fear that the current political tensions may last longer and that the suspension of Russian flights to Turkey may extend beyond 1 June. Russia is the largest source market for tourism in Turkey, and the absence of Russian tourists in the coming summer season will be a big problem for many hotel owners there.

Speaking to Daily News Egypt, Kaoud indicated that all tourism stakeholders are awaiting the date for determining the full resumption of aviation with Russia. He indicated that the return of Russian flights comes due to the measures taken by the Egyptian Government to enhance health and safety of tourists.

He stressed that the decision to resume tourism has had a positive effect despite the continued global health crisis, given that the Russian tourism market is the most important for the Egyptian tourism sector.

Kaoud, a member of Young Arab Leaders organisation, added that Russia used to export 30% of Egypt’s total inbound tourism to cities along the Red Sea coast.

In 2015, Egypt received approximately 3 million Russian tourists, but only 100,000 in 2017 after the crisis caused by the Russian plane crash.

Kaoud noted that the Egyptian Government’s decision to vaccinate workers in the tourism sector in Sharm El-Sheikh and Hurghada has had a strong effect on attracting more tourists and preparing for tourist delegations from various countries.