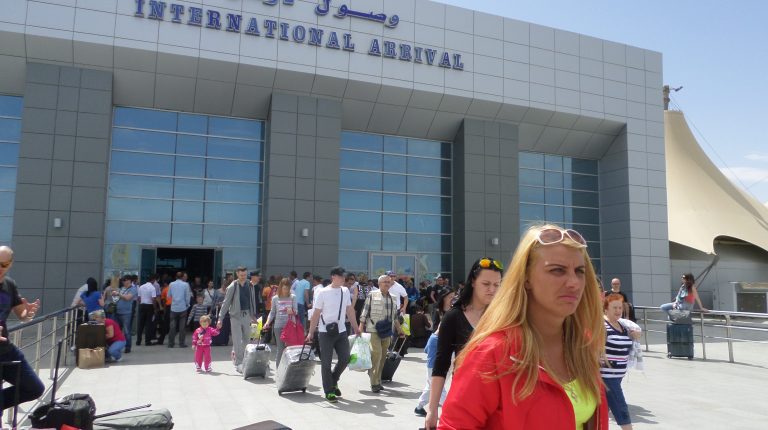 The return of Russian tourists in Egypt to pre-2015 levels could boost the latter’s tourism sector revenues by over $3bn every year, according to the American multinational investment bank, Goldman Sachs.

This would represent 0.75% of GDP, and is likely to happen gradually due to the novel coronavirus (COVID-19) pandemic.

It also said that the resumption of international flights is a major boost to the prospects for recovery of Egypt’s tourism sector, which was severely affected by the COVID-19 pandemic.

The company revealed that at the height of the tourism boom in 2014. That number, however, has dropped dramatically since the Russian ban on direct flights was imposed.

Last Friday, Egypt and Russia announced the resumption of all flights between the two countries after a five-year hiatus. Direct flights from Russia to Egypt were suspended in October 2015 after the crash of Metrojet No 9268 flying from the coastal city of Hurghada in Egypt to St Petersburg in Russia.

Goldman Sachs said that, during the 10 years preceding the Russian plane accident, tourism coming from Russia to Egypt was growing at a rapid pace, and reached its peak in 2014. That year saw the entry of over 3.1 million Russian tourists, representing about a third of the total number of tourists coming to Egypt that year.

It added that, in the wake of the accident, the number of tourists from Russia fell sharply, and that rates have not recovered since then.

The bank pointed out that the main reason for this is that Russia imposed a ban on all direct flights to Egypt, pending a review and amendment of airport safety procedures.

“According to Russian press reports, improved safety standards now allow flights to be resumed, and the resumption of tourism to Hurghada and Sharm El-Sheikh in the Sinai Peninsula is being discussed,” the report read.

The bank indicated that the average income from each tourist in Egypt over the past three years exceeded $1,000. This means that the possibility of Russian tourism returning to pre-2015 levels, which exceeded 3 million tourists annually, means strengthening the current account by about $3bn annually.

It also significantly boosts the prospects for GDP growth, given that the economy is heavily dependent on the tourism industry. Such is tourism’s importance to Egypt that it represents one in every seven jobs to the country’s economy, according to data from the State Information Service (SIS) in Egypt.

Goldman Sachs pointed out that there is relative uncertainty regarding the timing of the resumption of Russian tourism. It is likely to be related to developments in the global pandemic, including the success of vaccination and vaccine production in Russia and Egypt.

Egypt one of few countries that controlled inflation: Goldman Sachs