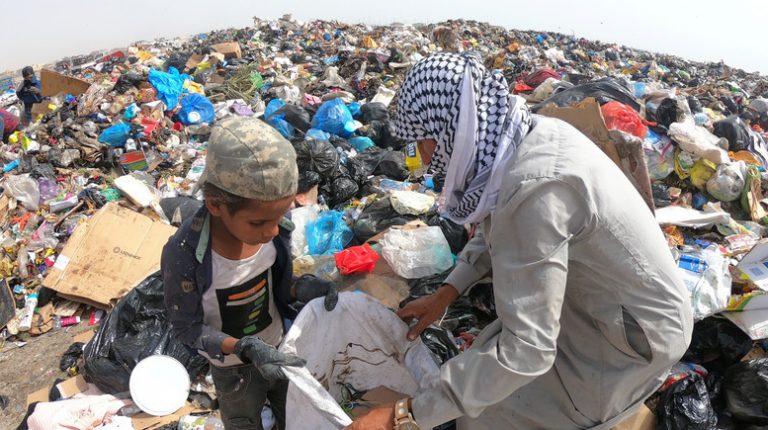 Ambitious climate policies could help to reduce extreme poverty in developing countries, according to a new study by scientists of the Potsdam Institute for Climate Impact Research (PIK).

The results of the study come in contrast to wide-spread assumptions that climate change mitigation comes with a trade-off for poverty reduction.

To turn climate policies and poverty reduction into a win-win situation for the planet and people, a progressive redistribution of emission pricing revenues and a fair international burden sharing are essential.

“Climate policies safeguard people from climate change impacts like extreme weather risks or crop failures, yet they can also imply increased energy and food prices,” said PIK’s Bjoern Soergel, lead-author of the study, “This could result in an additional burden especially for the global poor, who are already more vulnerable to climate impacts, and hence poverty reduction needs to be included in the design of climate policies.”

In the paper published in Nature Communications, the Potsdam scientists project that in 2030, about 350 million people will remain in extreme poverty, living on less than $1.90 per day if the current socioeconomic development continues.

This number does not even account for the ongoing novel coronavirus (COVID-19) pandemic or the adverse effects of climate change. The UN Sustainable Development Goal (SDG) to eradicate extreme poverty by 2030 will thus be clearly missed.

If ambitious climate policies consistent with the 1.5°C target from the Paris Agreement were introduced, this could even increase poverty by another 50 million people.

“To compensate for this, we should combine emission pricing with a progressive redistribution of the revenues,” Soergel added.

This could be achieved via a ‘climate dividend’, where the revenues are returned equally to all citizens, which turns poorer households with typically lower emissions into net beneficiaries of the scheme.

He also said that international climate finance transfers from high-income to low-income countries are recommended.

“Together, this could in fact turn the trade-off between climate action and poverty eradication into a synergy,” he noted.

In order to arrive at these results, the researchers first looked at climate policies on a global scale, implemented through ambitious emission prices in industrialised countries and initially lower prices in developing countries.

Furthermore, they examined how global poverty develops without and with progressive redistribution of the revenues.

Their results show that the redistribution can alleviate the negative side effects of climate policies on poverty. Together, this would even lead to a small reduction of global poverty by about 6 million people in 2030.

However, the domestic revenues were found to be insufficient to compensate for the policy side effects in most countries in Sub-Saharan Africa, a region where extreme poverty is also most prevalent. In a second step the scientists looked at international burden sharing.

According to the study, a small fraction such as 5% of the emission pricing revenues from industrialised countries would be sufficient to more than compensate for the policy side effects also in Sub-Saharan Africa.

This financial transfer could lead to a net reduction of global poverty by around 45 million people in 2030.

“Combining the national redistribution of emission pricing revenues with international financial transfers could thus provide an important entry point towards a fair and just climate policy in developing countries,” Elmar Kriegler, co-author of the study, said, “And it does not stop there, as we need to look beyond 2030 and continue to work towards the goal of eradicating extreme poverty.”