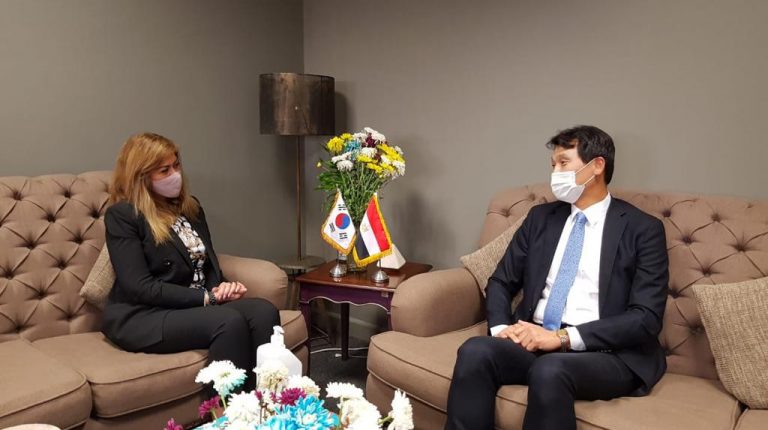 Egypt and South Korea have conducted a virtual signing ceremony of a Memorandum of Understanding (MoU) to establish the Korea Advanced Institute of Science and Technology in Egypt (KAIST).

The MoU was signed on 27 April by Egypt’s National Training Academy (NTA) and the KAIST.

KAIST Egypt is a project to establish an educational institution modelled after KAIST, one of the top science and technology universities in South Korea aimed at fostering elite human resources in the sectors. This MoU is an initial work for establishing KAIST Egypt, which includes conducting a preliminary feasibility study.

Ambassador of the Republic of Korea to Egypt Hong Jin-wook met with NTA Executive Director Rascha Ragheb to celebrate the signing of the MoU the day before the ceremony.

Ambassador Hong mentioned that the NTA’s role aims to forge an outstanding class of managers and professionals who will lead Egypt’s development as one of the most important goals of President Abdel Fattah Al-Sisi.

Ragheb said she expects to have a blueprint for KAIST Egypt through signing the MoU, and that she hopes to successfully model the case of KAIST, a source of South Korea’s excellent technology.

The two sides exchanged views on the progress of cooperative projects conducted between other ROK training institutions and NTA.

Ambassador Hong said that his country has been actively cooperating with Egypt in developing human resources and especially through the Korea International Cooperation Agency (KOICA), that has provided training to 1,500 Egyptian officials and experts for more than 30 years.

Ragheb agreed with Ambassador Hong, and said this will be great opportunity for Egypt’s public sector to grow and eventually contribute to the country’s sustainable and equitable economic growth.