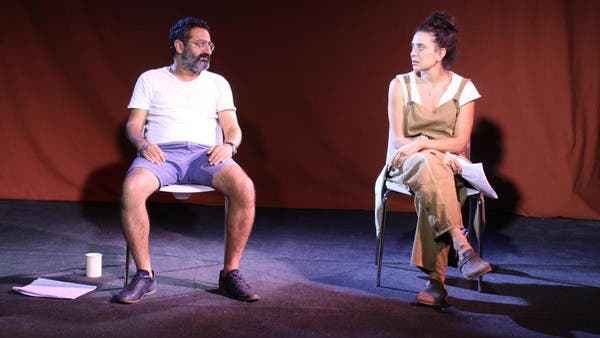 For the second year in a row, YouTube presents a virtual theatrical work that is mainly dedicated to supporting the Lebanese theatre.

The proceeds of the theatrical work are intended to support theatres affected by the terrible explosion at the Beirut Port on 4 August last year. The work brings together a number of the most prominent Lebanese actors and British writers, and addresses the Lebanese reality in a dramatic and comedic manner.

The show is titled Whispers, and comes with the participation of director and actress Nadine Labaki (Director of Academy Award, BAFTA, Golden Globe and César Award-nominated and Cannes Jury Prize award-winning Capernaum) and actress Rita Hayek, who also took a leading role in Case No. 23, which was nominated for an Oscar.

Whispers is produced by Josyane Boulos, the renowned Beirut-based theatre producer behind over 75 high-calibre plays and musical shows in Lebanon over the last 30 years, and Agatha Ezzedine, a London-based actor, producer, and writer with 15 years of experience in the film and theatre industry.

The show, in its first show in November 2020, achieved great success, bringing in profits of 70 million Lebanese Liras, all of which went in favour of rebuilding the Lebanese theatre.

Boulous confirmed that the play’s team “did not get paid for their work because the main goal…is to revive the theatres that were damaged by the explosion that killed more than 190 people and injured thousands and caused widespread destruction in several neighbourhoods in the city.”

In fact, the explosion at the Beirut Port had a devastating impact on all sectors in general, and on the theatre sector in particular, as it destroyed many theatres such as the Gemmayzeh theatre, the Mono theatre, and the “Black Box” theatre, in addition to others.

Theatre in Lebanon is one of the arts that fights for survival, even though many studies confirm that the Lebanese merchant and theatre actor Maroun Al-Naqqash is the father of Arab theatre.

There is a consensus that Al-Naqqash was the first to introduce the art of theatre in the Levant in the modern era in 1849, when he returned from Italy to Beirut. He translated Molière’s famous play L’Avare under the title The Curmudgeon, which was shown on a stage he had set up in his home.

The actors were men from his family, as women did not start acting until later. With this initiative, he achieved some success and the Ottoman authorities allowed him to build a real theatre hall. Thus, Lebanon became the first to introduce new Western art into Arab culture in modern history.

But despite this strong beginning, the internal conditions of the state of Lebanon severely affected this art. Lebanon witnessed a very dangerous civil war between 1975 and 1990, with the repercussions of this war still evident to this day.

Indeed, even before the outbreak of the civil war, Lebanon was always subject to internal, sectarian, and regional conflicts. These ongoing internal conflicts have weakened the state and government institutions.

Accordingly, Lebanon’s Ministry of Culture was not established until very recently, in 1993. Before this, the theatrical art in Lebanon relied mostly on individual initiatives. The most prominent exception was the creation of the Baalbek Festival Committee, which led to the establishment of the School of Modern Theatre.

However, even today, theatrical production is still dependent on the support of civil society and foreign donors, with little support from government agencies. The Lebanese theatre still suffers from enormous challenges, the most prominent of which is that there is no national theatre in Lebanon to this day.

Moreover, public theatre venues are very rare in Lebanon. The only place the government made available to the public is the UNESCO Palace. Even in this case, it is extremely rare for theatre producers to be able to access this space.

Unfortunately, too, government agencies and institutions are not active partners in theatrical productions, as the Ministry of Culture distributes only $270,000 in grants for theatre projects every year.

Besides this, the process becomes more complicated, as producers and directors are obliged to collect the grant from the Ministry of Finance after the production process is completely done and it may take years in some cases.

Theatre actors and directors in Lebanon also have to pay a tax of up to 40% of their net profits, compared to 17% for hotels, for example.

To make matters worse, censorship and public security offices are exerting severe pressure on theatrical scripts, as such texts must be subject to prior censorship by General Security, and security officers have the right to reject a play entirely or partially approve it.

Most playwrights actually complain that under the premise of maintaining public order and without any clear directions for censorship, texts containing social, political, or religious comments are edited or rejected based on the directives of the Lebanese Intelligence Agency.

Despite all these legal and financial restrictions and impossible challenges, Lebanese theatre still persists through the adaptation of its directors, actors, and writers and their unstoppable individual efforts.

This means that Beirut today is a cultural centre that has allowed many theatre groups to appear over the past few years and to present many social and political comments through their creative work.

Indeed, donations and individual efforts represent the only lifeblood to save Lebanese theatre. It is initiatives like these seeking to preserve this art and that aim to educate the masses politically and socially deserve all admiration, appreciation, and praise.